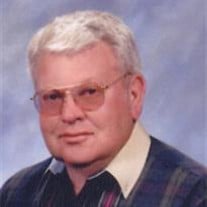 Walter David "Pete" Crisler Funeral services for Pete Crisler will be held Thursday, October 9, 2008 at 10:00 a.m. at the Hallsville Church of Christ with Jason Reeves officiating. Burial will follow in the Adkins Cemetery in Homer, LA. Arrangements are under the direction of Rader Funeral Home of Longview. Pete died at his home Monday, October 6th after a long, hard battle with cancer. He was born January 19, 1943 in Athens, Claiborne Parrish, LA to Walter Marvin and Dessie Hawk Crisler. After graduating high school in Athens, Pete joined the United States Navy. He proudly served from 1961 to 1964. After a few short stints at various jobs, Pete found his niche in the oilfield. From building bolted tanks to owning his own oilfield construction to sales of production equipment, he had done it all. He made many, many dear friends along the way. On November 19, 1965, Pete married Sandra McKenzie in Homer, LA. From this union came two children, five grandchildren and two great grandchildren with one more on the way. Pete loved his family more than anything else, especially his "grandbabies". After living in Homer, Bossier City, Longview, and Hallsville, Pete and Sandy created a beautiful home and farm in New Diana. Pete loved his land, cows, and horses. During the last few weeks, Pete was surrounded by his large family and cherished friends who showered him with love and memories. He was preceded in death by his mother and father, and brothers, Don and Dalton Crisler. Those left to cherish his memory include his loving wife of 42 years, Sandy Crisler; his son Gregg Crisler; his daughter Kim Cochran and husband Jimmy; his grandchildren Candace Borden and husband Jared, Hunter Cochran, Payton Crisler, Brayden Crisler and Starlynn Crisler; great grandchildren Brooks and Brodi Borden; a special nephew Mike Crisler; Pete's siblings Billy Crisler and wife Ruth of Minden, LA, Jim Crisler and wife Becky of Athens, LA, John Crisler and wife Betty of Shreveport, LA, and sister Rita Williams and husband Charlie of Shreveport; sisters-in-law, Betty Crisler and Mary Clark and husband James all of Longview; and many, many friends, too numerous to even count, all whom he loved and cherished. Visitation will be from 6 to 8 p.m. Wednesday, October 8, at the funeral home. The family would like to say a special thank you to HeartsWay Hospice and especially his nurse Susan Hill and her family, for all the help and love shown during this time. Pallbearers will be Joe Franks, Wesley Mahone, Rex Murdock, Lewis Eckerdt, Billy Ray Simmons, Jimmy Spiegner, Mike Matte and David McLeod. Honorary Pallbearers will be Richard Reid, Kenneth Burks, Jake Williams, Brandon Curtis, Sammy Curtis and Eddie Abbott. The family requests in lieu of flowers, that memorials be made in honor of Mr. Crisler to: Adkins Cemetery Pavilion Fund, Patsy Peterson, 744 Bella Vista Rd., Homer, LA., 71040.

The family of Walter Pete Crisler created this Life Tributes page to make it easy to share your memories.

Send flowers to the Crisler family.