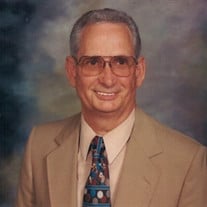 Thomas James Ross died Sunday July 23, 2017 from complications of Alzheimer’s disease in his home in Longview, TX. His wife and children were at his side. Tom Ross was born at Baylor Hospital of Dallas, Texas on April 14, 1935 to Claude and Denzil Ross. He grew up in and around Greenville, TX. Graduating from Greenville High School. Tom participated in marching band and Jazz band playing drums. He also served as sound engineer for theater productions. Tom continued his education at Tyler Commercial College while also serving his country in the National Guard. During this time he was also recruited by the International Business Machines and began working for IBM shortly after graduating from college with an Associates Degree in Electronics. Tom worked for IBM for 48 years in the Dallas and Northeast Texas area. He loved working on computers and solving problems and was recognized and awarded on several occasions for his customer service, knowledge and expertise in computer engineering. To his family and friends, Tom will be remembered for his love for GOD, family, country and sports. Tom was a faithful member of the Baptist church and served as Deacon and Sunday School teacher for his church family. Tom also served in the National Guard where he was stationed in California, Texas and Louisiana serving in the heavy weapons infantry. Tom also had a passion for sports, particularly his University of Texas Longhorns. Fall Saturdays were spent with his family cheering on his beloved Longhorns and enjoying family and friends. He could also be spotted cheering his children on whether watching his son in the band, or his daughter in a game. He had a way of standing out in the stands! Thomas James Ross is survived by his wife of 60 years Sue Ross, son and daughter-in-law Kyle and Jill Ross, daughter Shanon Ross Lockhart: grandchilderen Shelby Cheatham, Kyndall Scribner, Krystall Ross, Justin Lockhart, Jackson Lockhart; great-grandchildren Skylar Scribner and Kyra Scribner: Sisters Leta Ross, Mary Bouvssou and husband Frank Bouvssou. Sarah O’hara and husband Mike O’hara. He is preceded in death by his parents by his parents Claude and Denzil Ross, father and mother in law K.L. and Lucille Gillean: Brothers Bobby and Dan Ross, sisters Irene Moon and husband Ray Moon, and sister in law Nelda Baker, brother’s in law Gary Baker and Max Gillean. Funeral services will be held at the Chapel of Rader Funeral Home on Wednesday July 26, 2017 at 2 pm with the family receiving loved ones and friends for a time of visitation beginning at 1 pm. Burial will immediately follow at Hickory Grove Cemetery in Titus County A memorial guestbook may be signed at Raderfh.com.

Thomas James Ross died Sunday July 23, 2017 from complications of Alzheimer&#8217;s disease in his home in Longview, TX. His wife and children were at his side. Tom Ross was born at Baylor Hospital of Dallas, Texas on April 14, 1935 to Claude... View Obituary & Service Information

The family of Thomas James Ross created this Life Tributes page to make it easy to share your memories.

Send flowers to the Ross family.