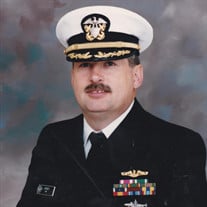 Thomas Lee Conner; better known as “Tommy” and later “Tom”, was born on October 11, 1948 to Roy Lee Conner, Jr. and Ina Natalie Lovejoy Conner in Dallas, Texas. In 1952 the family moved to Rusk County, Texas where they established a working farm and cattle ranch. Tom attended the Tatum Public Schools where he lettered in football and track and was in the FFA for four years. He started dating Patricia June Freeman in 1967 and the couple married June 20, 1969. After completing two years at Kilgore College, Tom followed the paths of his father and two uncles and joined the United States Navy in 1971 along with his best friend, John Rousseau. During boot camp, he qualified for submarine duty and later for Officer Cadet School and attended the University of Texas at Austin where he graduated with a Bachelor’s degree in Electrical Engineering and was commissioned as a Navy Ensign. During his 24 years in the US Navy he rose through the ranks to Commander and served on the nuclear attack submarine Flasher and the nuclear Trident submarine, the USS Tennessee. He also served as the head of the US Navy Trident Training Facility in Bangor, Washington. He retired in 1994 and enjoyed many years thereafter being able to stay home with his wife Pat and raising their son John, born three years earlier. In later years, he began a new hobby of woodworking and created beautiful furniture. Tom and Pat celebrated their 50th wedding anniversary together in 2019 with many old friends and family members. Thomas Lee Conner was called home to Heaven and began his new eternal life on May 21, 2021. He was preceded in death in this life by his parents Roy and Natalie Conner, sister Barbara Diane Conner Lina, father-in-law Noah Allen Freeman, and brother-in-law Ronnie Allen Freeman and wife Mary. He is survived by his wife Patricia June Freeman Conner, son John Thomas Conner, mother-in-law Laverne Waits Freeman, sister and brother-in-law Margaret Joyce Conner Parsons and Joseph Mark Parsons, brother and sister-in-law James Roy Conner and Teresa Gay Greer Conner, brother-in-law Sammy Joe Freeman and wife Louise, brother-in-law Charles Andrew Freeman and wife Kathy, sister-in-law Brenda Deramus Freeman and a host of cousins, nephews, nieces, great nephews and great nieces.

The family of Thomas Lee Conner created this Life Tributes page to make it easy to share your memories.

Send flowers to the Conner family.