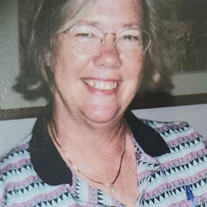 Services for Dr. Sue Williams M.D., of Henderson, will be held on Wednesday, January 12, 2022, 2:00 p.m. at Rader Funeral Home with Robert Fry officiating, interment to follow. Visitation will be held Tuesday, January 11, 2002, 5:00 p.m. to 7:00 p.m. Dr. Williams passed from this life, at her residence on January 7th, 2022, at the age of 77. She was born April 29, 1944, in Blackwell, Oklahoma, to Inez and George W. Slemmer. She graduated Phi Beta Kappa from The University of California at Berkley in 1966 as a children’s librarian. She married her childhood sweetheart, David Wilson, and after his untimely death, Dr. Williams returned to school and received her medical degree from the University of Colorado. While living in Colorado, she met and married Cliff Williams. And after completing her residency in Obstetrics and Gynecology, they moved to Henderson in 1978 where she and Cliff opened the first OB/GYN practice in Rusk County that she ran proudly. Throughout her 40-year practice she delivered thousands of babies, in her words, "I have delivered a good portion of the population of Henderson." She especially loved helping to build families through her work with infertile couples. Sue and her husband, Cliff were married 31 years and were blessed with two daughters, Jennifer and Amy, who were their joy. In addition to her parents George and Inez Slemmer, she was preceded in death by her husband Cliff Williams, and her sister Heather Holt. She is survived by daughters, Jennifer Williams Hackworth, Amy Williams Shavers and son-in-law Jonathon Shavers, also, brother-in-law Garland Holt. Grandchildren, Haylee Simmons, Sahvannah Shavers, Claire Shavers, Gus and Lindy Shavers. Great-grandchildren, Sylas, Sutton, and Kingston. The family would like to thank special friends of the family, Mike White, Nell Wright (may she rest in peace), and Arma Burnett. Also, Angel Care Hospice and all of the caregivers for their time and kindness.

The family of Dr. Sue Ann Williams created this Life Tributes page to make it easy to share your memories.

Services for Dr. Sue Williams M.D., of Henderson, will be held...

Send flowers to the Williams family.