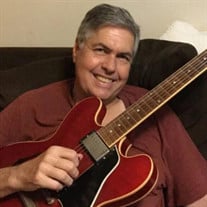 Steven Travis Beavers, age 69, passed away October 25, 2021, in Longview, TX. Steve was born in Longview to Marion Travis Beavers and Jeanne Frances Foshee Beavers on December 22, 1951, a proud sixth generation native of East Texas. He lived in Longview his entire life. After his public school days, Steve worked for many years at the Beavers Buick Company, his family's longstanding auto dealership on Marshall Ave, first as the parts department manager and later as a salesman. During this time he raised two sons, Billy Reuben Beavers and John Travis Beavers, with their mother Melinda Beavers Nobles. In the early 1990s Steve enrolled at The University of Texas at Tyler, earning a Bachelor of Business Administration degree in 1996 and subsequently becoming a Certified Public Accountant. He worked in public and private accounting for the next 25 years, ending his career working for the AP Merritt, Sr. Family Trust, before his retirement in 2021. In 2005 he met his life's love Sarah Beth Collins Beavers, and they married the following year. Steve might be best known to his friends and family for his powerful musicianship. Steeped in his teenage years in the music of the Beatles, Cream, and Jimi Hendrix, he emerged as a fiery lead guitar player on the East Texas music scene in the 1960s and 1970s, including a stint as a founding member of The Millard Fillmore Wild West Medicine Show. His passion for music and his virtuosic skills on the guitar left an indelible impression on his two sons, both of whom are guitarists in his footsteps. Steve also had a voracious appetite for history, and could happily while away hours engaging with his friends and family on affairs both current and far in the past. Inspired by his own long roots in East Texas, he had a deep love for his hometown and a great, patriotic love for his country. Above all, as a devout Christian, Steve's faith was of paramount importance to him. He maintained a strong and personal relationship with Jesus throughout his life, and was an ardent student of the Bible. Steve is survived by Sarah, his loving wife of 15 years, and his children Reuben and wife Marissa and John and wife Janice Ta. He is also survived by his grandchildren Honey Beavers Livingston and husband Bryce Livingston, Rebekah Beavers, and Morrissey and Ezra Beavers; by his great-grandchildren Cyrus, Violet, and Jack Robert Livingston; and by his sister Ellen Beavers Anderson and husband Floyd Anderson and brother-in-law Tommy Moore, as well as many nieces, nephews, cousins, and sisters-in-law. He was preceded in death by his parents and Carol Jane Beavers Moore, his sister. Steve will be laid to rest near his parents Travis and Frances at Gladewater Memorial Park. His funeral service will be held at Rader Funeral, Saturday, October 30th, at noon.

The family of Steven Travis Beavers created this Life Tributes page to make it easy to share your memories.

Send flowers to the Beavers family.