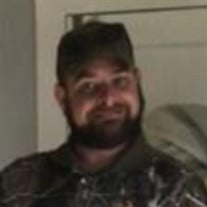 Sean Patrick O’Connor, age 38, from Austin, Texas passed away on August 27, 2021 in Longview, Texas. Sean will be honored and interred at the Houston National Cemetery, 10410 Veterans Memorial Drive, Houston, TX 77038 at 1:45 PM on October 8, 2021. The service will be outdoors and socially distanced. Masks must be worn to enter any building per NCA guidelines. For further information, please see their website: https://www.cem.va.gov/cems/nchp/houston.asp#gi He was born at Southwest Memorial Hospital on April 11, 1983 to Stephen L. O’Connor and Terry L. Mann. He graduated from Austin High School in 2001 and shortly after entered the United States Marine Corps. He was a Marine for five years, spending time in Okinawa, Japan and several posts in the United States. After an honorable discharge, he returned to Austin, Texas where he worked at Woods Fun Center for 13 years becoming a large part of the motorcycle community. In 2020, he moved to Longview, Texas to become the General Manager at Roughneck Harley. Sean was very passionate about anything with a motor and going full speed in everything he did, leaving an indelible impression on many people’s lives. At the age of 14 months he could ride any toy with delightful abandon—fast! and taught himself to ride a two-wheel bike at the age of 3 years, taking the training wheels off by himself!! He had a life-long passion for fast cars, motorcycles, and big trucks—with his heart being the only thing bigger. People frequently commented what a good, kind, and beautiful heart he had. Sean spent five beautiful, loving years with Jamie Smith and her son, Franky of Austin, Texas, recently adding his beloved dog, Hank. Sean is preceded in death by his maternal grandfather, Edward Allen Mann, retired Chief Master Sargent USAF. He is survived by his mother, Terry M. Carvajal (Susan Karnowski) of Austin, Texas; father, Stephen L. O’Connor (Julide O’Connor) of Istanbul, Turkey; his sisters, Lisa Dunn (Eric Dunn) of McKinney, Texas, Loren Granger (Jean-Baptiste Granger) of Switzerland; his brothers, Samuel O’Connor (Melissa) of Austin, Texas, Maksut O’Connor of Istanbul,Turkey; his nieces and nephews, Sarah, Luke, and Jake Dunn, Hector Garcia, Neve and Alizé Granger; his grandparents Marilyn Mann of Conroe, Texas; Ret. Colonel Richard L. and Barbara O’Connor; as well as his aunts, uncles, and cousins. From his beloved Jamie: Sean, we are so thankful to have had you in our lives. You truly were a remarkable human being. With the kindest heart, you were always encouraging and uplifting, making every time spent with you memorable to everyone. We are all better people for knowing you and we are glad we could share our love and companionship with you. You have faced some of the toughest battles, yet expressed some of the best love. You will be sorely missed, but never forgotten. Sean, the moment we touched all of my nerves became calm. The wild storm I had been riding withered out. I felt peace, comfort, security, and most importantly, unconditional love. I promised the same to you in return. I’m so very thankful we crossed paths, even if not for long. I will cherish every moment I ever spent with you, as you were a dream come true. Franky, Hank, and I will keep you in our hearts forever. Memorial Donations may be made to: https://www.mightyoaksprograms.org http://giftfunds.stjude.org/SeanPatrickOConnor https://www.charitynavigator.org/index.cfm?bay=content.view&cpid=531

The family of Sean Patrick O'Connor created this Life Tributes page to make it easy to share your memories.

Send flowers to the O'Connor family.