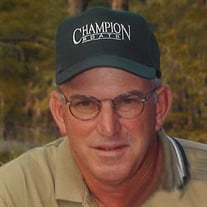 Ronny Charles Killingsworth came into this world on Halloween, October 31, 1951, in Longview, TX, but never wore a mask. Who you saw was who he was, he only had one face. He lived in Gregg County his entire life, but he loved to pull a camper and travel. He saw countless states and had plans to see more before his health stopped him. His parents, Charles Boyd and Rozell McWhorter Killingsworth, who preceded him in death, indulged his love of rodeo and provided horses and roping calves for Ronny and his brother Ray. He was a true cowboy with a pure heart and he could handle a tractor as well as a horse. He died December 12, 2018 from complications of Hodgkin’s Lymphoma. Ronny graduated from Longview High School in 1970 after the Judson ISD consolidation. He was a country boy at heart and stayed with his Judson group of friends during high school. He finished two years at Kilgore College which led to his entrance into Texas Eastman’s apprentice program, where he excelled as a welder. He earned the nickname “Wormy” because he could wriggle his way through the maze of pipes and metal within those towers, welding all over the plant. Later in his career, he became an inspector, helping keep the plant running with his superior knowledge of its construction. He retired May 30, 2006 and quickly made bass tournament fishing his full time job. He and his long-time partner, David Lyles, were a “force to be reckoned with.” They won so many times the other fishermen hated to see them drive up to a tournament. He will also be remembered fondly by his expert skill on a country western dance floor. He waltzed across Texas. Ronny is survived by his traveling and dancing companion of 37 years, wife Joyce Mauldin Killingsworth; son Matthew and wife Jessica; grandsons Colten Killingsworth and Logan Winn all of Diana; daughter Emily Junes Gehring and husband Scott; granddaughters Anna Junes and Skylar Gehring all of Bullard; brother Ray Killingsworth and his wife Mary Kate of Longview; parents-in-law James and Joy Mauldin; brothers-in-law Steve and Jeff Mauldin; two aunts Doris Killingsworth Mathews of LaGrange and Liza Lou Allen of Conway, AR.; sister-in-law Wendy King and her husband Tim all of Hallsville; nieces Katie Abbott and husband Curt, Kirby Killingsworth, Nick Mauldin and wife Erin, Courtney Campbell and husband Bobby, Kirstin King and Landon King; great nephews Caleb Abbott, Cord Campbell and Luke Mauldin; great nieces Katelyn Abbott, Lexie Mauldin and Collier Campbell. Also a big pack of cousins who were his childhood best friends. He will always be remember a multitude of lifelong friends. Ronny loved Jesus and a good sermon. He loved to garden and then brag on how many tomatoes he gave away. He loved to fish, hunt, build and fix anything. You are welcome to donate to Longview Missionary Baptist Church building fund in his name. It was the only donation he ever wrote a check to. The family would like to express their heartfelt thanks to the nursing staff at Longview Regional Medical Center, Heart to Heart Hospice, the oncology Doctors and staff, and Dr. Anita Scribner. A visitation celebration will be held Sunday, December 16 in the Chapel of Rader Funeral Home from 5:00 to 7:00 p.m. A Celebration of Life service will be Monday, December 17, at 10:00 a.m. at Longview Missionary Baptist Church, Loop 281 at Hollybrook. Interment will follow at Forest Hill Baptist Cemetery in Longview.

Ronny Charles Killingsworth came into this world on Halloween, October 31, 1951, in Longview, TX, but never wore a mask. Who you saw was who he was, he only had one face. He lived in Gregg County his entire life, but he loved to pull a camper... View Obituary & Service Information

The family of Ronny Charles Killingsworth created this Life Tributes page to make it easy to share your memories.

Ronny Charles Killingsworth came into this world on Halloween,...

Send flowers to the Killingsworth family.