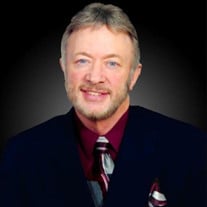 Not sure what to send?

Robert Joseph Bohn was born May 15, 1947, in Reedsburg, Wisconsin, to Donald and Mary Ellen (Caucutt) Bohn. He went to paradise through his Lord and Savior, Jesus Christ, on April 15, 2022. The oldest of four boys, growing up in the little town of Wonewoc, Wisconsin, he served as quarterback on the Wonewoc High School football team and held a leading role in the 1964 production of “Oklahoma.” He sang in the popular men’s folk quartet, The Liberty Four. He graduated from the University of Wisconsin at La Crosse with a degree in Secondary Education. He later completed two Master’s degrees in Secondary Education and Guidance and Counseling at Stephen F. Austin University in Nacogdoches, Texas. Robert moved to Texas in 1974 and began his career as an educator at White Oak High School in 1976, first as a world history teacher, and then from 1981 to 2007 as a guidance counselor. He was passionate about his job and loved the many young people and educators he worked with over the years. Throughout his life, from age 16 until months before he died, he also had his own paint contracting business. Robert loved athletics, participating where he could and always following the various sports of White Oak High. He very seldom missed a game when one of his five children was involved. He was an avid University of Wisconsin Badgers fan and held 45-yard-line season football tickets for the last 16 years of his life. He enjoyed hunting and fishing, especially with his children and grandchildren. In 1979, Robert made a profession of faith in Jesus Christ at Mobberly Avenue Baptist Church in Longview, Texas. He then served for the next 43 years at White Oak Baptist Church. For over 40 years he taught the adult Sunday School class, a service he loved. God gifted Robert a beautiful singing voice. In addition to singing in church, he was always involved in a band that would play gospel, country, and rock’n’roll music for charitable functions, community program, and nursing homes. In 2011, Robert and his wife, Mary, became “Snowbirds,” buying and renovating the 125-year-old family home in Wonewoc, WI. This home became their retirement ministry where, during the summer and fall, they hosted many visitors including family, friends, missionaries, and 5 youth camps. Throughout this time, Robert served in the music ministry and taught Sunday school at Burr Wesleyan Church in Hillsboro. Robert is survived by his deeply beloved wife of 41 years, Mary, and five children: Jeff Bohn and wife Laurie of Shreveport, LA, Robert Bohn and wife Pam of Shreveport, LA, Angela Horn and husband Mike of New Orleans, LA, Aaron Bohn and wife Abigail of Portland, OR, and Joseph Bohn and wife Ryan of White Oak, TX. He has 10 grandchildren and 2 great-grandchildren. He is also survived by two brothers: John Bohn and wife Pam of Hillsboro, WI, and Jim Bohn and his partner Sharon Gardehl of Wonewoc, WI, and sister-in-law Kathy Bohn of Wonewoc, WI. He was preceded in death by his parents, Donald and Mary Ellen Bohn, and brother, David Bohn of Wonewoc, WI. A special thanks to the caregivers of Heart-to-Heart Hospice for their loving care of Robert and family in the last days of his battle with prostate cancer. There will be two memorial services for Robert. The first will take place at 12:00 noon at White Oak Baptist Church in White Oak with visitation immediately preceding the service from 10:00-12:00. The second will be at Burr Wesleyan Church in Hillsboro, WI at a later date to be announced. In lieu of flowers, the family asks for donations to be made to the Robert Bohn Memorial Scholarship Fund for graduating seniors at White Oak High School. https://www.gofundme.com/f/robert-bohn-memorial-scholarship-fund or make checks payable to White Oak ISD Memo: Robert Bohn Memorial Fund 200 S. White Oak Rd White oak, TX 75693.

Robert Joseph Bohn was born May 15, 1947, in Reedsburg, Wisconsin, to Donald and Mary Ellen (Caucutt) Bohn. He went to paradise through his Lord and Savior, Jesus Christ, on April 15, 2022. The oldest of four boys, growing up in the little town... View Obituary & Service Information

The family of Robert Jospeh Bohn created this Life Tributes page to make it easy to share your memories.