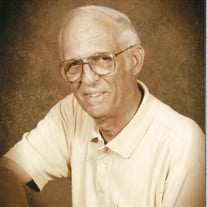 Rex Clayton Grantham passed from this world on September 29, 2018 at his home in Longview, Texas. Funeral services will be at the chapel of Rader Funeral Home, Longview, on Thursday, October 4, 2018 at 2pm with Pastor Billy Teague officiating followed by interment at Rosewood Park. Visitation will be Wednesday, October 3, 2018 from 5pm-7pm at Rader Funeral Home in Longview. Rex was born in Gladewater, Texas on March 29, 1938 to parents L. C. and Erma Grantham, who both preceded him in death. He is survived by his wife of 59 years, Martha, and children, Scott, Dana, and Steven and his wife Ann. He leaves behind grandchildren, Avery, Emerson, Dustin, and Holly. He is also survived by brother Lex and his wife Lynn and sister Glenda and their children, Peter and his wife Tammy, Todd and his wife Mary, Derek and his wife Jennifer, and Bret. He is also survived by brother-in-law, Robert Turner and his wife Cindy, and sisters-in-laws, Shirley Sennett and Sharon Shaver and their children, Jimmy King, Leslie Russell and her husband Boone, Michael Shaver and his wife Laurie, and Robin Shaver. Upon graduation from Gladewater High School, Rex went on to graduate from North Texas State and, later, Baylor School of Dentistry. At North Texas he met Martha and the two wed on August 15, 1959. Rex worked tirelessly at any job, no matter how small to pay for his education. He and Martha lived in Dallas and while she taught school he attended Baylor, working on weekends and school breaks. In 1964 Rex achieved his goal of becoming a dentist. He practiced for a year in Dallas with Dr. William Galt, and the couple welcomed son Scott. Then in 1965 Rex built his own office on Pine Tree Road in Longview where he practiced for over 40 years. Children Dana and Steven completed their family. Rex was a lifetime member of the American Academy of Implant Dentistry. Always seeking to better serve his patients, Rex attended numerous seminars and study groups. Testament to his skills and rapport with people, Rex had entire families as patients and office staff who stayed with him for many years until his retirement. After retirement Rex enjoyed short trips with Martha, fishing for catfish with his “other brother” Robert and rehashing Texas Ranger baseball with good friend Jim Roberts. The family would like to thank Dr. Larry Frase, Dr. Rodney Sloan, and Alan Stansbery for his dedicated, loving care of Rex during his final months.

Rex Clayton Grantham passed from this world on September 29, 2018 at his home in Longview, Texas. Funeral services will be at the chapel of Rader Funeral Home, Longview, on Thursday, October 4, 2018 at 2pm with Pastor Billy Teague officiating... View Obituary & Service Information

The family of Rex Clayton Grantham DDS created this Life Tributes page to make it easy to share your memories.

Rex Clayton Grantham passed from this world on September 29,...

Send flowers to the Grantham family.