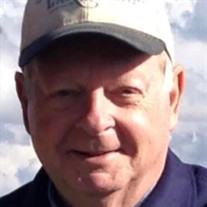 Paul Sidney Breedlove was born on January 29, 1941, in Overton, TX to Olen and Marell Breedlove. He passed away in Spring, TX on Tuesday, September 7, 2021. Paul attended Henderson High School where he graduated salutatorian in 1959. He received a BS in Electrical Engineering from Texas Tech University in 1963 and an MS in Electrical Engineering from SMU in 1967. He was elected to Texas Tech’s Electrical Engineering Academy and honored as a distinguished alumni. Early in his career at Motorola, Paul developed the design for one of the first microprocessors brought to market. Most of his career, he worked at Texas Instruments. He was on the team that produced the first hand held calculator. As the inventor of Texas Instrument’s Speak and Spell, he was awarded the Consumer Electronics Award in 1993 by the Institute of Electrical and Electronic Engineers. He led Texas Instrument’s efforts in the motion picture industry to change from film to electronic projection of movies. He retired from Texas Instruments in 2000. Paul married Maribeth Dennard on October 5, 1963. They have four children and twelve grandchildren. Paul was a member of Champion Forest Baptist Church in Houston, TX. He is survived by his beloved wife, Maribeth of Spring, TX, daughter and son-in-law, Becky and Mickey Bonner of Houston, TX; son and daughter-in-law, Jeff and Colette Breedlove of Frisco, TX; daughter and son-in-law, Amy and Irving Jones of Washington, DC; son and daughter-in-law, Greg and Amy Breedlove of San Angelo, TX; brother and sister-in-law, Frank and Elna Breedlove of Rosenberg, TX. He was blessed to have twelve grandchildren: Ashleigh, Trey, Casey, Langston, Lauren, Colin, Hayden, Christopher, Lucinda, Ellie, Jackson, and Katie. Paul was preceded in death by his parents Olen and Marell Breedlove. A graveside service will be held at 2 p.m. on Saturday, September 11, 2021, in Henderson, TX at Lakewood Memorial Park. Pastor Greg Breedlove will officiate under the direction of Rader Funeral Home. In lieu of flowers, memorials may be made to the Alzheimer’s Association, alz.org

Paul Sidney Breedlove was born on January 29, 1941, in Overton, TX to Olen and Marell Breedlove. He passed away in Spring, TX on Tuesday, September 7, 2021. Paul attended Henderson High School where he graduated salutatorian in 1959. He received... View Obituary & Service Information

The family of Paul S. Breedlove created this Life Tributes page to make it easy to share your memories.

Send flowers to the Breedlove family.