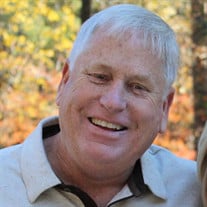 Oliver Heartsill “Sam” Clark Jr. went to be with his heavenly father on January 9. 2022, after a year-long battle with pancreatic cancer. Sam had just celebrated his 70th birthday and had fought courageously to spend as much time here in our earthly home with his beloved family. Sam and Mary built a large family and very successful business, Classic Homes, over their 39 years together. He attended Marshall High School and continued his education at Texas Christian University where he obtained a degree in Ranch Management. Sam served on the vestry at Trinity Church in Longview and as Junior Warden while on the vestry at Trinity Church in Marshall. He served 3 terms as president of the East Texas Builders Association eventually earning the title of National Board Director and Lifetime Director of the National Association of Home Builders. He was highly respected in the community and always willing to lend a hand to anyone in need. Sam was preceded in death by his father, Oliver Heartsill Clark Sr., and mother, Betty Anderson Clark, as well as his brother Benjamin Pope Clark. Sam’s legacy will be carried on in the hearts of his loved ones - his beloved wife Mary Morton Clark and their children and grandchildren: Justin, Brandi and Logan Clark of Longview; John Michael and Hudson and Oliver Clark of Longview; Jeff, Mary Margaret, Julia Pearl, Sam David, Gabriel Blake and Rebecca Rose Hart of Longview; Anna Marie, Cole, Emma Grace and Elliott Elsenbrock of Kingwood; and Austin, Katie Anne and Betty Anne Oden of Marshall, Texas. Sam took great pride and joy in his large and wonderful family. He is also survived by his siblings and their spouses: John Edward Clark (Robin Parker), Betty Anne Clark Mendolia (Larry), Dr. Emmette Anderson Clark (Susan) and the late Benjamin Pope Clark’s widow, Leslie Clark-Scrivener, as well as numerous cherished nieces and nephews, and his great nieces and nephews. The funeral will be Saturday, January 15, 2022, at 11am at Trinity Episcopal Church in Longview, Texas with a celebration of life reception to follow at the East Texas Builder’s Association event center that Sam built in 2009. The Clark family would like to thank Dr. Larry Frase for his compassionate care over this past year. In lieu of flowers Sam’s wish is for you to reach out to a loved one who has touched your life and let them know how much they mean to you or perhaps mend a fence with someone that you have been putting off for far too long. If desired, donations may be made to Trinity Episcopal Church of Marshall, Trinity Episcopal Church in Longview, the East Texas Builders Association scholarship fund, or ArtsView Children’s Theatre. The Clark family would also like to thank their many friends and family for their countless prayers, delicious meals, and warm hugs over the past year. Thank you for loving us so well during this challenging season.

Oliver Heartsill &#8220;Sam&#8221; Clark Jr. went to be with his heavenly father on January 9. 2022, after a year-long battle with pancreatic cancer. Sam had just celebrated his 70th birthday and had fought courageously to spend as much time... View Obituary & Service Information

The family of Oliver Heartsill "Sam" Clark Jr created this Life Tributes page to make it easy to share your memories.

Oliver Heartsill “Sam” Clark Jr. went to be with his heavenly...

Send flowers to the Clark family.