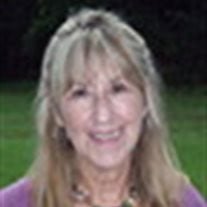 Mary Laura Ruff Mary Laura Ruff died peacefully on March 5, 2014, after a short illness. She is survived by her companion and friend, Eddie Reno, of Marshall, her son, Michael Menig of Minneapolis, MN, her sister, Sue Ann Cocke, brother, Jon B. Ruff and his wife, Nancy, sister-in-law Martha Ruff Murray, and many nieces and nephews, all of Longview, Austin and Houston. She was preceded in death by her parents Wilma and Glen Ruff, and brother, Jere J. Ruff. Mary was born on April 25, 1946, in Longview. After graduation from LHS in 1964, she attended North Texas University, and in 1983 earned her Bachelor of General Studies from The University of Texas at Dallas. Those who knew Mary admired and loved her for her free spirit and caring nature. She was an artist and enjoyed teaching friends, nieces and nephews about various forms of art, literature, storytelling, and music. Mary lived in Santa Fe, New Mexico and Kearney, Nebraska, and in, Dallas, Longview, and most recently in Marshall. In each place that she lived, Mary left a gift of herself through the art she created. While in Santa Fe, she wrote Sacred Poetry on the Path, under the name of Mary Rose – Gentle Doe. In 1997 Mary became a Licensed Massage Therapist and in July, 2012, she completed certification as a specialist in Biofeedback and Stress Management. For the past nine years Mary practiced her massage therapy, Health Matters, in the office of Dr. Jeffrey Brady, D.C., in Longview. There will be a celebration of Mary’s life at 2 o’clock on Monday, March 17, at First Christian Church, 720 North Sixth Street, Longview, with Dr. Richard Emerson officiating. If desired, memorials may be directed to the Marshall Visual Art Center, Michelson Museum of Art, or Al-Anon.

The family of Mary Laura Ruff created this Life Tributes page to make it easy to share your memories.

Send flowers to the Ruff family.