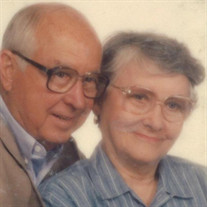 Graveside services for Martha Lee Simmons, 95, of Longview, Texas are scheduled for 11:00 AM on Thursday, April 22, 2021 at Rosewood Park in Longview under the direction of Rader Funeral Home. Mrs. Simmons passed away Wednesday, April 14, 2021 in Longview. A visitation will take place from 5:00 – 7:00 PM on Wednesday, April 21, 2021. Martha was born on February 14, 1926 in Mt. Pleasant, Texas to Joseph Benjamin Hamilton and Mary Lee Justiss Hamilton. Her father died when she was twelve. Martha graduated from Mt. Pleasant High School in 1943 and from the Texas State College for Women (now TWU) in 1947 with a B.A. in Interior Design. Martha was delighted to plan and perfect her interior decorating ideas and visions. Upon graduation from TSCW, Martha worked briefly in Dallas before moving back to Mt. Pleasant, then going to work for Lone Star Steel in Lone Star, Texas. While working there, Martha met the love of her life, Clarence Simmons, a U.S. Navy veteran and then traffic manager at the steel plant. They first encountered each other away from their workplace, at a restaurant in Longview. They married December 31, 1948, in Martha’s mother’s home in Mt. Pleasant. After Leaving Lone Star Steel, the couple went to live and work in Orange, Texas. They left Orange for Port Lavaca, with two more mouths to feed, so Clarence could begin work with Alcoa. Alcoa next sent him to Rockdale, TX. When Alcoa later sent the family to Evansville, Indiana, they had four kids in tow. Next, they were transferred to Vancouver, Washington, and then Geelong, Australia. After 30 months in Australia, Alcoa sent Clarence to the home office in Pittsburgh, PA. After 14 years with Alcoa, Clarence started a new career with a close friend in Texas, taking the family to Midland, TX. When Clarence was transferred to Houston, Martha and he were empty-nesters, with all four children having left for college. Mr. Simmons then started Simmons Transport Inc. in Kilgore. He and Martha retired to Longview in 1992. Martha loved to travel but she told folks that she loved Longview the best because this is where she met the love of her life, bringing the genesis of her beloved family. Martha loved cards, dominoes, and any type of board game. She would play such games for hours with her children and then her grandchildren. With adults, she preferred bridge, as did her dear mother. She also enjoyed an occasional game of Scabble or chess. In later years she awaited, the arrival of her daily newspapers, so she could start working her crossword puzzles. She was amused to see her brother-in-law working a crossword with pen and ink rather than her preferred pencil. In later years, she looked out her window to admire God’s wonder and bounty, the changing of the seasons and the visits of the seasonal songbirds. Her Bible was always at her side for quick referral. Her favorite photographs and notecards were inside the front cover. She and her family are eternally grateful to all of the healthcare providers. They are genuine heroes. Thanks to the army of Visiting Angels who helped her along her journey, including Arline, April, Monique and LaQana, just to name a few. Martha was preceded in death by her husband, Clarence Edward Simmons; older brother, Joseph Richard “Joe Dick” Hamilton; and stepson, Robert Wesley “Bobby” Simmons. Left to cherish her memory are son Joseph E. Simmons and John W. Simmons II; daughters, Suzanne Carter and son-in-law, Roy W. Carter and Linda Carol Simmons; two grandchildren; and five great-grandchildren. Memories will also be cherished by nephews and members of our extended family and friends. Martha will be missed. A memorial guestbook may be signed at www.raderfh.com The family ask those attending visitation or services to please remember to wear a mask and social distance.

Graveside services for Martha Lee Simmons, 95, of Longview, Texas are scheduled for 11:00 AM on Thursday, April 22, 2021 at Rosewood Park in Longview under the direction of Rader Funeral Home. Mrs. Simmons passed away Wednesday, April 14, 2021... View Obituary & Service Information

The family of Martha Lee Simmons created this Life Tributes page to make it easy to share your memories.

Send flowers to the Simmons family.