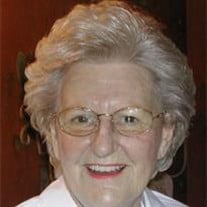 Marion King Tullis Forbes was born Jan. 25, 1925, in Kansas City, Mo., to William Marshall and Linnie Mae King. She died Friday at her home in Longview after a lengthy illness. Marion will always be remembered for her unfailing kindness, her grace and her sunny outlook on life. She grew up in Shreveport, La., and graduated from Byrd High School. After attending business school, she worked as a legal secretary. From there, she married and moved to Houston. She had lived in Longview since 1965, when she and then-husband Charles G. Tullis moved there after acquiring King Tool Company. In 1992, she married Harrison A. Forbes, who preceded her in death. She was a homemaker, a volunteer, an avid bridge player and a member of the First Methodist Church of Longview. She was a Paul Harris Fellow of the Rotary Club. She is preceded in death by her parents. She is survived by daughters, Carol Tullis Miller and her husband, William Ray Miller of Charlotte, N.C., and Kaye Tullis Dillard of Plano; and stepchildren, Bruce Forbes and his wife, Kee Forbes of Longview; Scott Forbes and his wife, Holly Forbes, of Longview; and Tracey Forbes Henderson and her husband, Mark Henderson, of Bluffton, S.C. She is also survived by grandchildren, Jeffrey and Holly Heller; Coby, Mallory and Noah Dillard; and Abby and Bonnie Forbes; and great-grandchildren, Mason Shumaker, Frankie Dillard and Bailey Woods. A memorial service will be held at 1 p.m. Monday, January 16, 2012 at First Methodist Church in Longview. The family will receive friends immediately following the service in the Heritage Room. The family request that memorial donations be made to Texas Home Health Hospice 3220 N. 4th Street Longview, Texas 75605, or St. Jude Children's Research Hospital, PO Box 1893 Memphis, TN 38101-9950.

Marion King Tullis Forbes was born Jan. 25, 1925, in Kansas City, Mo., to William Marshall and Linnie Mae King. She died Friday at her home in Longview after a lengthy illness. Marion will always be remembered for her unfailing kindness, her... View Obituary & Service Information

The family of Marion Elizabeth Tullis Forbes created this Life Tributes page to make it easy to share your memories.

Send flowers to the Forbes family.