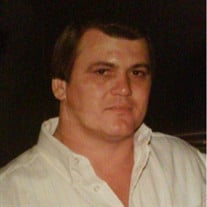 Malcolm Lane Malone “Big Malc”, 79, passed away at his home on Wednesday, December 15, 2021. He was born on September 1, 1942 in Longview, Texas to Cleo and Pauline Malone. He married his wife of 52 years on November 4, 1969. He worked as a pipefitter for the majority of his lifetime, until moving his family to Animas, New Mexico to work with his in-laws in the rose business. He dedicated his life to working hard for his family and providing the best life possible for them. When Jerry decided to expand their rose business and began traveling to First Monday Trade Days in Canton, Texas, he joined her. Together they built a business and traveled throughout several different states attending craft shows and made Canton their home. Malcolm never met a stranger and made many lifelong friends out on the road in the craft show business. He enjoyed all things fishing, and especially loved time with his family at Lake Fork. His other hobbies included horse racing, golf, watching baseball and football (go Cowboys!), and the occasional casino trip. He is survived by his wife Jerry Malone, daughters Callie (Ed Bertaud), Brandie, Angie (Gary Vaughan) and sons David (Jamie) and Mike (Glenda). “Bigdaddy” is also survived by grandchildren Rayan, Maddison, Bryce, Jake, Alex, Jordan, Jace, Reece, Zane, Laney, and Makena. He is also survived by two brothers John “Woody” and Danny (Nancy) and sisters Linda Benson and Sheryl Sims (Larry). He was Uncle Malcolm to many nieces and nephews and brother-in-law to several loving sisters-in-law. He was preceded in death by his parents Pauline and Cleo, brothers Charlie, Jerry, Marvin, David, and Andy and sisters Mildred Brown, Sue English, and Gayle Riley. He will be missed by many and is remembered for his never-ending list of funny stories and kind generous heart.

The family of Malcolm Lane Malone created this Life Tributes page to make it easy to share your memories.

Send flowers to the Malone family.