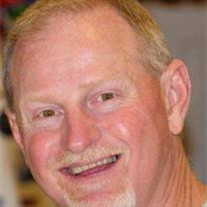 Les Ferguson was born on March 28, 1960, the second child of Les and Barbara Ferguson. He died on June 27, 2012. Les was a public servant in every sense of the word. Les's law enforcement career began as a deputy at age 17 with the Gregg County Sheriff's Office. Les quickly proved himself to be a natural cop with an instinct for being in the right place at the right time. He promoted to sergeant and then moved up to become an investigator in the Criminal Investigations Division. Les attained the rank of lieutenant in CID as he ran the narcotics unit at the Sheriff's Office. Les's hard work paid off as he was then assigned to the US Drug Enforcement Administration Task Force in Tyler, Texas, where he worked for approximately five years. In 1990, Les applied for, and was hired by, Kilgore College's East Texas Police Academy. Les taught firearms skills, self-defense skills, criminal law, crime scene and child abuse investigations, and a host of other topics. He was recognized as the "go to guy" when other instructors needed help with a difficult topic. Les was respected and loved by all who knew him or whom he taught in class. It is impossible to describe the incredible, positive impact he had on the community of peace officers in Northeast Texas. His mantra was integrity, integrity, and integrity in all things. Les was the Vice President of the Tyler chapter of the Blue Knights Law Enforcement Motorcycle Club. He threw as much passion into his love for that group as he did into his teaching. He was always there to assist when a friend, colleague, or even a stranger needed help. He was most truly happy when he was riding his Harley on a bright, cool day with friends at his side and with an open road ahead of him. Every photo of Les on his motorcycle shows him sporting a huge grin; he was very much at peace with the world. Les, a devout Christian, leaves behind his wife of 31 years, Pam Ferguson; a daughter and son-in-law, Jacquelyn and Jededia Dennis, of Hallsville; two sons, A1C Chase Ferguson currently stationed in Afghanistan and Les Alex Ferguson of Longview; and three grandchildren who were the light of his life. Les is also survived by his mother and step-father, Barbara and Pete Wilson, of Longview; siblings Michelle and Greg Stewart, of Longview; Mellissa and Charles McCreary, of Rusk County; Tommie K. and Wayne Whitten, of Palestine; Michael Ferguson, of Longview; Kelly and Jennifer Ferguson, of Gilmer; and a host of nieces and nephews too numerous to list. The family will receive visitors from 6:00 p.m. until 8:00 p.m. Friday night at Rader Funeral Home in Longview. A memorial celebration of Les's life will be held Monday, July 2nd, at 1:00 p.m. in the Dodson Auditorium on the campus of Kilgore College. The family requests that donations to the Les Ferguson Memorial fund c/o Austin Bank, account number 0102802238. A memorial guestbook may be signed online at www.raderfh.com.

Les Ferguson was born on March 28, 1960, the second child of Les and Barbara Ferguson. He died on June 27, 2012. Les was a public servant in every sense of the word. Les's law enforcement career began as a deputy at age 17 with the Gregg... View Obituary & Service Information

The family of Leslie N. Ferguson, II created this Life Tributes page to make it easy to share your memories.