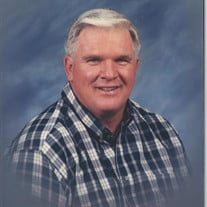 Joseph “Joe” W Hively Jr. 74 of Longview passed away December 15th, 2021, at Longview Regional Hospital after a short illness. Joe was born October 21, 1947, in Warsaw, Indiana to Joseph Willard Sr and Eva (Redinger) Hively where he grew up in Atwood, Indiana. He was 1 of 12 children of the Hively family. After graduating in 1965 from Minton High School, he wanted to serve our country by joining the US Air Force. He was promoted to Staff Sergeant and served as crew chief on the C-141 then later, on the C-5A. He was very proud of his service in the Air Force and helped numerous veterans in their needs. Joe retired from Sam’s Club as outside sales where he enjoyed meeting new people everywhere he went. Joe was a volunteer for several years at Longview Regional Hospital. He also enjoyed writing posts about The Little Red Barn where he and Toby, the dog, would talk about their adventures and daily chores. And, yes, Toby talked in these stories. Joe is survived by his wife of 53 years Rosemary Hively of Longview, their only child Dale, and his wife Delia Hively of Winona, his three grandchildren, Amanda Gage of Tatum, Kaleb and his wife Darian Hively of Tatum, and Dakota Jones of Maine, as well as his 4 great grandchildren Alex, Kinley, Parker, and Artemis. Also left behind are his 2 sisters Dixie and her husband Melvin Shaw of Warsaw, Indiana and Lois and her husband Dean Blanton of Warsaw, Indiana. Sister-in-law Diane Barker of Hallsville, Brother-In-Laws Terry Head of Warsaw, Bob Bueche of Longview, and numerous nieces and nephews. Joe was preceded in death by his parents, two brothers, Richard Hively, Clifford (Sonny) Hively and seven sisters Mazie Head, Sharon Roberts, Jane Rohr, Monabelle Terrell, Sue Jackson Shelia Bays, and Colleen Closson. A family directed Celebration of Life service will be held at Trails End Cowboy Church of Harrison County in Hallsville, TX on January 8th at 11:00 am. In lieu of flowers, the family ask that contributions be made in Joe’s name to Trails End Cowboy Church of Harrison County, P O Box 1073, Hallsville, Texas 75650.

The family of Joseph "Joe" W. Hively created this Life Tributes page to make it easy to share your memories.

Send flowers to the Hively family.