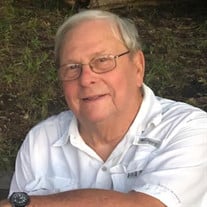 John Herbert Talley of Gladewater, Texas, passed on February 9, 2022 at the age of 83 in the Overton Brooks VA Hospital in Shreveport, LA. He was preceded in death by his parents John Christopher Talley and Sadie Lea Talley, his sisters Fleta Belle Jones, Mary Louise Hill, Lucy Elizabeth Richmond, Martiele “Tommy” Edge, Nonie Redin and brother-in-law Harley Redin. He is survived by his wife Diane Talley and her children from a previous marriage; Leslie Campbell and husband Robby and their two children Taylor and Brinley; Rhonda Haydel and husband Jared and their two children Trinity and Tyson; and Kyle Curlee and his two children Cash and Cali; as well as his first wife Dorothy Vanderworth Mikkelesen and their children together: John Karl Talley and husband Jonathan Tran; and daughter Christy Lynn Hall and husband Charles “Dude” Hall, and their children Clayton and wife Leigh Hall, Chase and wife Ali Hall, Caleb Hall and Caroline Hall and two great grandchildren, Catherine and Carter Hall. He is also survived by his nephews Kenny and Van Redin. Born and raised in Palestine, TX he graduated from Palestine High School, then studied at Tyler Junior College. He joined the Texas Army National Guard while working a variety of jobs as a mechanic, carpenter, oil field supervisor and anything that engaged his hands and his mind. During his career he worked all over Texas, the country and the world for companies that included Asamera Oil Indonesia, LeTourneau, Budweiser, Ford, Texas A&M and his own wood crafting business JT’s Smokehouse. John never met a stranger and was a friend to all. He loved fishing, was an avid woodworker, and was passionate about Veterans. He drove hundreds of veterans from Longview to the VA hospital in Shreveport for years regaling them and those at the VA hospital with his stories and tall tales. The family would like to extend a special and heartfelt THANK YOU to the men and women of the Overton Brooks VA hospital in Shreveport, LA, who have provided years of faithful and loving care through heart surgeries, cancer treatment, recovery and numerous associated complications. John was well known throughout the VA Hospital for his fighting spirit, friendly nature and love of the staff. He loved them as much as they loved him. Final memorial services are pending and will be published at a later date. In lieu of flowers donations in John’s memory can be made to Combat Warriors, Inc a 501(c)3 at https://www.combatwarriorsinc.org/ select the East Texas Chapter; or by mailing a check to: P.O. Box 9012 Longview, Texas 75608, noting "in memory of John H. Talley” in the memo.

John Herbert Talley of Gladewater, Texas, passed on February 9, 2022 at the age of 83 in the Overton Brooks VA Hospital in Shreveport, LA. He was preceded in death by his parents John Christopher Talley and Sadie Lea Talley, his sisters Fleta... View Obituary & Service Information

The family of John Herbert Talley created this Life Tributes page to make it easy to share your memories.

Send flowers to the Talley family.