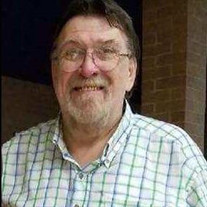 Johnny O'Neal Millwood passed away June 13, 2018 at his home in Longview. He was born March 19, 1949 in Dallas, Tx. He graduated from Leon High School in Leon, Kansas and went to El Centro College in Dallas, Tx. and Trinity valley community college in Athens, Tx. He went on to serve his country in Vietnam from 1967 to 1969 in the army. He was a proud veteran and loved his country. He married the love of his life, Lana Barnett on October 31, 1969. John and Lana raised 5 children throughout the United States before settling down in Longview over twenty years ago. John was a loving and devoted father and grandfather. He was very proud of his family and loved being called Dae Dae by his grandchildren and great grandchildren. John loved family get togethers, especially any event that involved watching his family compete in sports. He was a lifelong coach and coached his kids and grandkids in many different sports. John was a AAU basketball coach in East Texas for over 30 years, and helped many of his girls go on to the college level. He loved every player like they were his own children, and everyone loved coach Millwood. He was also a referee and college basketball scout for several years. John loved sports and was a true Texan at heart supporting his Longhorns and Cowboys every chance he got. He had a great sense of humor and was always smiling. He brought joy to those around him and had a unique way to connect with every person he met. John never met a stranger. There are not enough words to describe the impact he had on this world. He is survived by his wife, Lana Millwood, and his children, Lanae Traywick; John Millwood and wife Tina; Tori Galloway and husband Russ; Brian Millwood and wife Amber; and Sarah Millwood; 17 grandkids and 3 great grandkids, sisters Mary Perkins; Wanda Jeffery; Mary Espinoza and husband John; Cathy Williams and husband Doug, cousins, nieces and nephews, many family members and friends, and his canine companion Bevo. He was preceded in death by grandparents Francis and Jewel smith; mother Betty Jeffery and father John Millwood; brother William Millwood; sister Erma Jeffery; twin brothers who died at birth; his aunt and uncle Ruby and Tommy Jenkins, and several other family members who he's resting with now. Big John is in heaven right now talking about basketball, his family and politics while playing dominoes and cards. He will be missed by many and leaves a void here that cannot be filled Friends are welcome to join the family for a time of viewing Monday, June 18, 2018 from 5pm-7pm at Rader Funeral Home in Longview. Funeral services will be 2pm, Tuesday, June 19, 2018 at Calvary Baptist Church in Longview.

Johnny O'Neal Millwood passed away June 13, 2018 at his home in Longview. He was born March 19, 1949 in Dallas, Tx. He graduated from Leon High School in Leon, Kansas and went to El Centro College in Dallas, Tx. and Trinity valley community... View Obituary & Service Information

The family of John Millwood created this Life Tributes page to make it easy to share your memories.

Send flowers to the Millwood family.