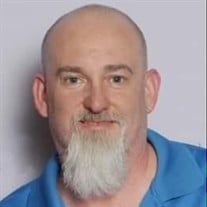 Jason Cox, age 51, passed away on Saturday, August 28, 2021, at his home in Longview, Texas. He was born in Gilmer, Texas on April 3, 1970, to Linda Bledsoe Cox and Larry Cox. Jason was a graduate of Pine Tree High School Class of 1988. He was self-employed, after many years managing local restaurants such as Taco Bell and Cracker Barrel. Jason enjoyed life to its fullest. He was a wonderful man with a lot of integrity and care for others. His pride and joy were his children Haylee and Mason. He loved them more than anything and proudly spoke of them to anyone who would listen. His family was second. He would do anything for his family, and enjoyed spending time with them, watching sports, TV, or playing games. He had a great sense of humor, liked to have fun, and laugh, and he loved to pick on people and play jokes on them. Jason had a great love for the Houston Astros and the Dallas Cowboys. Every game day you would see him in the jersey of his team. He also enjoyed bowling and had joined a league that played weekly. Jason will be greatly missed by all those who knew and loved him. Survivors include his daughter, Haylee Cox; his mom and stepfather, Linda and Rick Jones; sisters and brothers in law Liana & David Niblett and Tisha Cox & Roger Ward; Brother and Sister in Law Brad & Emily Cox; Aunts and Uncles, Patsy & Doug Woods, Robert & Hiroko Bledsoe, David & Marte Bledsoe, Charles & Ruth Cox, Frances Cox, Jerry Long and Rita Cox.. Nephew and Nieces Nolan & Abby Cox and Rylee & Karsyn Niblett. He is also survived by numerous cousins and friends. Jason was preceded in death by his dad, Larry Gene Cox, son Mason Garza, Uncles John, and Rodger Cox, Aunt Felita Long, and Grandparents Glenn and Verlie Bledsoe and Johnnie and Faye Cox. Funeral services will be held on Saturday, September 18, 2021, at 2:00 PM at the Chapel at Rader Funeral Home on Judson Road in Longview. Burial will be in New White Oak Cemetery. There will be a family visitation on Friday, September 17, 2021, from 5-7 PM at Rader Funeral Home. Services will be live streamed for those unable to attend. The family requests that everyone wear Astros or Cowboys shirts or the colors Orange and Blue. Jason would love to see his teams represented in his memory.

The family of Jason Cox created this Life Tributes page to make it easy to share your memories.