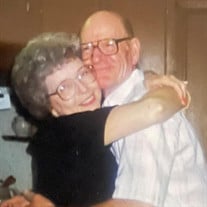 Beloved husband and Best Dad in the World, James “JB” Wiggins, Jr. passed away peacefully, surrounded by his family, in the early hours of Thursday, February 3, 2022. JB was born July 27, 1932, to Martha Audrey Barnett and James Barton Wiggins, Sr. He grew up in the oil fields of East Texas with his three brothers Clyde Wiggins, Harry Wiggins and Joe Wiggins; and, two sisters, Juanita Wiggins Collins and Jamie Wiggins Reynolds. When JB wasn’t in school he was working as a roughneck for his dad who was a driller and tool pusher. JB is a graduate of Kilgore High School, Class of 1951. After high school, JB enlisted in the Navy and traveled the world on the USS Taussig during the Korean War. He returned home after the war and re-united with the beautiful young lady he happened to walk down the aisle with during high school graduation, Doris Lanelle Richardson. He had found the love of his life. They married on July 6, 1956, started their family with the addition of two children, Cindy then Brad and lived in the same house together in Longview (Pine Tree) for over 64 years. During those years, JB supported his family by way of a long career at Texas Eastman where he was a Chemical Operator. When he wasn’t working, he loved taking the family on camping, fishing, hunting and water-skiing trips. He also enjoyed woodworking, antique re-finishing, gardening, giving nicknames to all his special people, luring Martins to come live in his yard and cheering for any team playing the Dallas Cowboys (after Jerry Jones fired Tom Landry). JB is survived by his children, Cindy Wiggins Odum and son-in-law, Mike Odum; Brad Wiggins and daughter-in-law, Kathy Anderson Wiggins - his grandchildren, Erinn Odum, Cole Wiggins, Chad Wiggins and Case Wiggins - great grandchild, Angelica Becker. He is preceded in death by his wife, Lanelle, his parents, his two sisters and brother Joe. The family wishes to extend their deepest gratitude to Maria Sartin, Sam Sartin, Debra Mathis and the wonderful nurses, aides, social workers, chaplains and physicians of Heart’s Way Hospice for the care and love they provided to JB during his last years. The family is honoring their dad’s wishes which is a simple graveside service at Lakeview Cemetery Thursday February 10th at 10am.

Beloved husband and Best Dad in the World, James &#8220;JB&#8221; Wiggins, Jr. passed away peacefully, surrounded by his family, in the early hours of Thursday, February 3, 2022. JB was born July 27, 1932, to Martha Audrey Barnett and James... View Obituary & Service Information

The family of James Wiggins Jr created this Life Tributes page to make it easy to share your memories.

Send flowers to the Wiggins family.