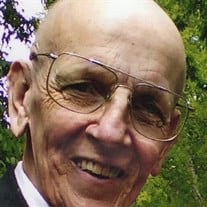 James Allison (“Jim”) McNeill, II, age 74 of Longview, a loving husband, father and friend, passed away December 4, 2017. Born October 6, 1943, in Decatur, AL, to James Stratton and Jessie Mae McNeill, his family moved to Memphis, TN, where Jim grew up attending local schools before graduating high school from Columbia Military Academy in Columbia, TN. Jim entered the workforce with Equipment Engineering in Memphis as a forklift mechanic and quickly moved up to sales manager. Known as "Big Deal McNeill," Jim worked in sales in the materials handling industry for over 50 years. It was on December 2, 1967, that Jim married Barbara Jo Fields, with whom he celebrated their 50th wedding anniversary this year, and they have been Longview residents for over 25 years. Among Jim's many accomplishments are published author and sharp pool player. And there was no more a devoted fan of The University of Alabama football program than Jim - Roll Tide! He was proudly a Friend of Bill W. for the past 29 years. Jim was also a member of St. Michael & All Angels’ Episcopal Church in Longview. Those left to cherish his memory include his loving wife of 50 years Barbara McNeill, children James S. McNeill and his wife Patty, Mary Melissa Hughes, Jo Allison Roberson and her husband Wayne; grandchildren Courtney, James, Sterling, Alex, Weston, Kelton, Kaitlin, Meredith, Devin, and Shannon; sister Jessica Ann Murphy and her husband Patrick; and nieces Elizabeth and her husband Wendell, and Stephanie and her husband Sean. And those he supported, comforted and inspired are countless. As per Jim’s wishes, private cremation will take place and A Celebration of His Life service will be announced after the holidays.

The family of James "Jim" Allison McNeill II created this Life Tributes page to make it easy to share your memories.

Send flowers to the McNeill family.