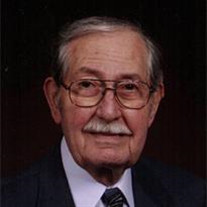 Harold "Hal" E. Mazzare Funeral services for Hal Mazzare, 91, of Longview, will be held at 10 a.m. Monday, November 17, 2008 in the Chapel of Rader Funeral Home. Burial will follow in Memory Park. He passed away Thursday, November 13, at his residence in Longview. Visitation will be from 6 to 8 p.m. Sunday at the funeral home. He was born May 27, 1917 in Wichita Falls, TX. He attended school in Houston and the San Antonia Military Academy. Mr. Mazzare served in the U. S. Army before and during WWII in the U.S. and in China Burma India Theater of operations as Chief Warrant Officer. He returned to the U.S. and was commissioned and later served in the Texas National Guard. He was retired from Lone Star Steel after 27 years of service as the Senior Purchasing Manager. Mr. Mazzare was a former president of Pine Crest Country Club, president of the National Purchasing Association of East Texas, 32 degree Mason, Shriner, and a member of the First United Methodist Church of Longview. He enjoyed golf with his buddies, some traveling and mostly, time with his family and friends. He was preceded in death by his wives, Nell Pickens Mazzare and Edwina Grogan Mazzare; his parents, Victor Edward and Minnie Gertrude Mazzare; brothers, H. R., Victor, Joe, and Charles Mazzare. Survivors include his daughter and son-in-law, Patricia and Darrel Blount of Hot Springs, AR; daughter and son-in-law, Toni and Woodrow J. Gernand of Bay City, TX; step-daughter and son-in-law, Cindy and Dr. Martin Buresh of Texarkana, TX; grandchildren, Kimberly Gernand and her daughters, Darian, Azia, and Kaia; Shelley and husband Tommy Coleman and their daughters, Carly and Audrey; Karl Buresh and wife Christie; Jason Gernand, Chip Gernand and Dustin Carpenter; and long time special friend and loving care giver, Debbie Mathis. Honorary pallbearers will be Ed Gray, Dwane Smith, Max Wilson, and Durham Bivens.

The family of Harold E. Mazzare created this Life Tributes page to make it easy to share your memories.

Send flowers to the Mazzare family.