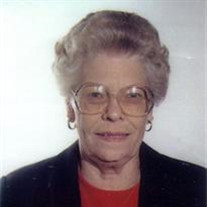 Funeral services for Gwendolyn ?Gwen? B. Willis, 82, of Longview will be held 2 PM Tuesday, June 9, 2009 at First Presbyterian Church with Rev. Jonathan Jehorek and Dr. W.D. O?Neal officiating. Burial will follow in Rosewood Park. Mrs. Willis passed away Friday afternoon at a local assisted living facility. Services are under the direction of Rader Funeral Home of Longview. The family will receive friends Monday evening from 6-8 at the funeral home. Mrs. Willis was born December 30, 1926 in Chula, Georgia and had been a resident of Longview since 1947. Upon graduating from high school, she entered Jackson Memorial Hospital School of Nursing in Miami, Florida in October, 1943 and graduated in October of 1946. She passed the State Board Exam and became a Registered Nurse in March of 1947. She married the late ?Van? Willis in June of 1947 and they moved to Longview in September of that year. She was an office nurse of Dr. W.P. Farrar from 1948-1951. After an 8 year absence from nursing, during which time she had three children, she returned to work for Dr. Farrar for 5 more years and then became a full time housewife and mother. She and her husband were active members of First Presbyterian Church in Longview. Gwen was an avid bowler for many years. She served on the Board of Directors for the Longview Women?s Bowling Association LWBA; served as the City Secretary of LWBA from 1976-1980 and was a delegate to both State and National Tournaments. In 1984, she was awarded a Permanent Membership in the Women?s International Bowling Congress and in 1988 was named a Life Member of LWBA. She is survived by a daughter, Kristie Harper and her husband Bobby of Greenville, FL.; son, Paul Willis and his wife Robin of Longview; and son, David Willis and his wife Darrell of Tyler, Texas. Also surviving are 9 grandchildren, 16 great-grandchildren; one brother, W.A. Barfield and his wife Barbara of Madison, FL.; and a host of brothers-in-law, sisters-in-law, nieces and nephews. The family request the memorial donations be made to the First Presbyterian Church PCC Scholarship Fund, PO BOX 1006, Longview, Texas 75606, or to the charity of your choice. A memorial guestbook may be signed online at www.raderfh.com.

The family of Gwendolyn Willis created this Life Tributes page to make it easy to share your memories.

Funeral services for Gwendolyn ?Gwen? B. Willis, 82, of Longview...

Send flowers to the Willis family.