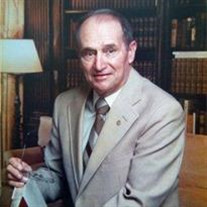 Funeral services for Glen White, 83, of Longview, will be 2 PM Friday, December 11, 2008 in Oakland Heights Baptist Church with Dr. Robert Cupp and Reverend Tom Roberson officiating. Entombment will follow in Lakeview Mausoleum. Mr. White died Tuesday evening at his residence. He was born October 30, 1924 at Ruston, Louisiana to Reese and Jewel Goins White. He had been a resident of Longview since 1951 and retired as service supervisor for SWEPCO, active member of the Oakland Heights Baptist Church where he served as deacon, a Sunday School Teacher, and served on various church committees. Before his retirement years, he was active in the Longview’s Little League Baseball for Boys, where he served as the president of the American League, was an avid fisherman and hunter. Mr. White served on the Board of Directors for SWEETEX Credit Union, was a member of the Pine Tree Masonic Lodge, member of the Sharon Temple Shrine in Tyler, TX, and a member of the Waco Scottish Rite. Survivors include his wife, Evelyn H. White of Longview; daughters and sons-in-law, Gloria and Ed Gilmore of Longview, Carolyn and Robert Cupp of Rogers, Arkansas; son and daughter-in-law, Robert Glen and Jean White of Texarkana, TX; grandchildren, Ginger Pippin of Tyler, Amanda Alexander of Rockwall, Gavin Gilmore of Longview, Jennifer Narens of Texarkana, TX, Christopher Cupp of Bella Vista, Arkansas, Mindi Cupp of Rogers, Arkansas; eight great grandchildren, two nieces and three nephews. The family will receive friends at Rader Funeral Home, 1617 Judson Rd, Thursday evening from 6-8 PM. A memorial guestbook may be signed at www.raderfh.com

The family of Glen White created this Life Tributes page to make it easy to share your memories.

Send flowers to the White family.