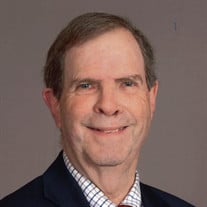 Morris "Gene" Robertson, beloved father, grandfather and great grandfather, passed away peacefully Saturday, March 5, 2022. Born August 1, 1940, in Gilmer, Texas to Morris "Hoss" and Juanita Robertson. Gene was raised in Pittsburg, Texas and graduated from Pittsburg High School in 1958. He attended Baylor University and graduated with a degree in Business and Finance in January of 1963. Gene fulfilled his military obligation by joining the Army National Guard of Texas. On November 30, 1963, he married his childhood sweetheart Patricia Ann Walker at the First Baptist Church of Pittsburg. Gene began his work career at The Hartford Insurance Company in Dallas, Texas from 1963 to 1969. In December of 1963, Gene and family moved to Abilene, Texas after accepting a position at the Millerman and Millerman Insurance Agency. After 11 years in Abilene, Gene found an opportunity to return to East Texas by purchasing an insurance agency in Longview. He was an independent agent in Longview for more than 25 years. Gene was a member of the Longview Greggton Rotary Club, serving as president, secretary, and many other board positions. He was a member of Oakland Heights Baptist Church as well as a member of the Singing Men of East Texas. Gene was preceded in death by his wife Patty of almost 42 years and his parents Morris & Juanita Robertson. Gene is survived by daughters and sons-in-law, Kellie and J. R. Hewitt and Robin and Tim Lewis; son and daughter-in-law, Blake, and Deann Robertson; seven grandchildren, Tyler Hewitt, Sarah Waldron, Reid Lewis, Hannah Lewis, Haylea Rudd, Lacy Robertson and Camden Robertson; four great grandchildren; Ivy Hewitt, Ada Hewitt, Ella Hewitt and Jude Waldron; many extended family members and very dear friends. Memorials may be given to Oakland Heights Baptist Church or to a charity of your choice. Funeral services will be 10 am Thursday, March 10, 2022, at Oakland Heights Baptist Church under the direction of Rader Funeral Home. Burial will follow at Rosewood Park. The family will receive friends from 5-7 pm Wednesday evening, March 9, 2022, at the Rader Funeral Home chapel.

The family of Gene Robertson created this Life Tributes page to make it easy to share your memories.

Send flowers to the Robertson family.