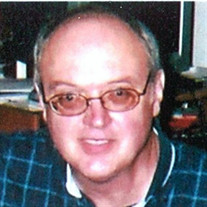 Gary Arden Denson, 63, of Tatum, died May 9th at Good Shepherd Medical Center. He was born January 18, 1951, in Longview to James and Mary Frances (Jackie) Denson. He initially worked for Brookshire's Grocery Company and later settled in Mount Pleasant where he worked for Frito-Lay for over 26 years. In 2010, he relocated to Tatum and worked for Glazer's Distributors. He loved music and was an accomplished guitarist, singer and songwriter, often performing at local events and jamborees. He was an avid fan of The Beatles and could, at a moment's notice, stop what he was doing and impart knowledge of most 60's bands with encyclopedic accuracy. He was preceded in death by his parents and is survived by his wife, Tami, his sons, David Denson of Venus, Gary Denson and wife Tiffany of Jacksonville, NC, Eric Denson of Lubbock, Justin Denson and Jennifer Johnson of Mount Pleasant; his daughters, Tiffany Fowler of Lindale and Carolyn Greene of Deer Park, WA; his sister, Adele Beers of Grand Prairie, his nephew, Glenn Beers of Grand Junction, CO, and his niece, Shannon Reeves and husband James of Arlington. He is also survived by 9 grandchildren, Allen, Taylor, Kayla, Kaelen, Zachary, Ramey, Caleb, Robert and Lyric, as well as grandnieces Patricia and Katrina, all of whom he loved dearly. Services will be held at Winterfield United Methodist Church at 2616 Tryon Rd in Longview at 2 pm, Thursday, May 15th.

The family of Mr. Gary Denson created this Life Tributes page to make it easy to share your memories.

Send flowers to the Denson family.