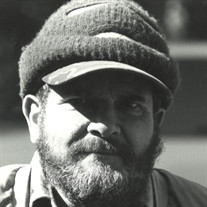 This is the day the Lord has made, rejoice and be glad in it. Psalms 118:24 I lost my love on the morning of January 12, 2022. I am going to miss that grumpy old kindhearted man. Frank was born December 2, 1946. He was the first-born child of Frank LeBus Jr. and Margaret LeBus. When I first met Frank, I told my friends he was too old for me, he was 6 yrs. older…. Well, as the story goes, we were married 4 months later on March 4, 1972. He wanted to make that 50th anniversary so bad, but his heart was just too tired. He was an owner of LeBus International in Longview until he was forced to retire in November of 2020. He loved that shop; it was a part of his life for 75 years. Frank grew up hunting and fishing. He loved the outdoors, a deer stand and Lake Cherokee. When we married, he belonged to the Longview Bass Club and fished a tournament every month, along with his buddies Steve Lobue and Johnny Bagley. For many years he hunted on the Haggerty Creek Hunting Club in Harrison County, with great friends Robert Recio, Johnny Bagley, Ernest Jackson, Jerry Taylor, Buddy Box, Earley Snider, Randy Snider, and my brother Art Tibbs. Many hunting trips were made in his Bronco, the “mule”. In later years Frank hunted in Comanche, TX with his close buddies Johnny Wisdom, Gary Randall, Steve Randall, Todd Tefteller and his boys and Drew McCorkle. Later they all hunted on the Padgett Ranch in Coleman, TX. In the 90’s Frank started shooting sporting clays and was very competitive. He had a team of buddies who were the best; Marc Turner, David Hughes, Larry Carlisle, and Johnny Wisdom, to name a few. His teams won many 1st place trophies. As his health declined, he had to stop shooting, but he accepted it with grace. Frank was a member of National Wild Turkey Federation, Ducks Unlimited, National Sporting Clays Association and a lifetime member of NRA. He LOVED guns. And then there were boats and lake time. We spent lots of time on the water with good friends Elgin Pool, Tommy Pool, Bud Fromme, and family. Our nephews Brad, Jon, Matt, and Michael can attest that no one would be “wimpy” or afraid of the water. Frank would toss them in the water to show them they would float. We later bought a house at Lake Cherokee. Frank and his childhood friend, Steve Lobue, spent many hours reminiscing about their time on the lake, super Skeeter boats, frying fish and fussing with each other. He loved visiting with Ed Harbour and his cousin, Jack LeBus, who both lived on the lake. Spending time at Lake Cherokee was his haven as his health declined. Time passes, old friends are gone! What a reunion he is having in heaven with them, and he is pain free. He told me the last Saturday before he died that Jesus was holding him! He was ready and it was time. Frank is survived by his wife, Elizabeth LeBus and grandson, Greggory LeBus. Thank you to my brother, Art Tibbs, my best friend, Connie Recio, Bud Fromme, Leroy, and Jennifer Calhoun for loving and being with me the last few days. Private graveside services will be at Alpine Cemetery. No formal visitation, but viewing is available until Monday evening at Rader Funeral Home. Memorial donations may be made to: Against All Odds Ministry 718 Brassell St. Carthage, TX 75633. A memorial guestbook may be signed at www.raderfh.com

This is the day the Lord has made, rejoice and be glad in it. Psalms 118:24 I lost my love on the morning of January 12, 2022. I am going to miss that grumpy old kindhearted man. Frank was born December 2, 1946. He was the first-born child of... View Obituary & Service Information

The family of Franklin Leyburn "Frank" LeBus III created this Life Tributes page to make it easy to share your memories.

This is the day the Lord has made, rejoice and be glad in it....

Send flowers to the LeBus family.