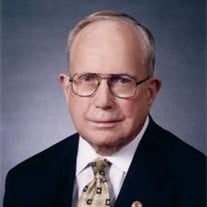 Frank Taggart Memorial services for Frank Taggart, 88, of Longview will be held at 2:00pm on Monday, June 15, 2009, at the First United Methodist Church with the Rev. David Lindwall and the Rev. Mike Schutz officiating. A reception celebrating his life will be held immediately after the service in the Heritage Room at the church. Burial will be in Rosewood Park Cemetery under the direction of Rader Funeral Home of Longview. Born in Wooster, Ohio, on June 5, 1921, Frank was the son of Ruth Davis Taggart and Frank Taggart Jr. He attended Dennison University and Ohio State University, where he graduated in 1943. He served in the U.S. Army during World War II for four years. He then attended the University of Cincinnati College of Law, and received his Juris Doctor Degree in 1949. He also attended the South Texas College of Law to specialize in Oil and Gas and Community Property Law. He later attended the University of Houston to study accounting, and became a Certified Public Accountant in 1958. He founded the firm of Frank Taggart and Company, P.C., and was active in the practice as a CPA and an attorney until his death. He loved the practice of law, and his integrity and passion for detail defined both his personal and professional life. He enjoyed boating, the outdoors, and he had a great passion for his Ohio State "Buckeyes". Frank counted it his richest blessing to have had a loyal wife for almost 61 years and the love of a devoted daughter, who has been a partner in his firm for over 30 years. His grandchildren were his pride and delight, and they were a great source of happiness. He and his grandsons spent many hours together, and their outings to Lake Cherokee were some of his favorite times. Frank is survived by his wife, Dorothy Wheeler Taggart; his daughter and son-in-law, Diane and Billy Gibson of Longview; one sister, Virginia Shoemaker of Columbus, Ohio; his grandchildren, Kyle and Mandy Nelson of Tyler, Chad Gibson of Longview, Ty Gibson of Longview, and McKenzie and Zac Akin of Oklahoma City; his great grandson, Hudson Akin; various nieces, nephews and cousins; and many loving friends. He was preceded in death by his parents, one sister, Mary Deetz, and his son, Frank Winston Taggart. In lieu of flowers, memorials may be made to the Harvest Festival Scholarship Fund, 405 E. Marshall Ave., Longview, Texas 75601, or to The First United Methodist Church.

Frank Taggart Memorial services for Frank Taggart, 88, of Longview will be held at 2:00pm on Monday, June 15, 2009, at the First United Methodist Church with the Rev. David Lindwall and the Rev. Mike Schutz officiating. A reception celebrating... View Obituary & Service Information

The family of Frank Taggart created this Life Tributes page to make it easy to share your memories.

Send flowers to the Taggart family.