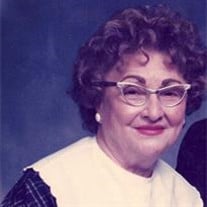 Dorothy Lucille Cook Dorothy Lucille Click Cook, 93, went home to be with her Savior June 21, 2010 in Longview, Texas. She was born August 8, 1916 in San Angelo, Texas to James Louis Click and Mary Etta Carson. She grew up and completed her schooling in Sherman, Texas. She was preceded in death by her husband Noel V. Cook whom she married on November 15, 1935 and her son-in-law Jerry Dunn. Noel and Dorothy moved to Dallas in 1954 when he began working at Love Field for the FAA. She was a resident of Dallas for about 60 years. From childhood she has been active in church life and is a member of Town North Bible Church. She was also a member of the James Butler Bonham Chapter of the Daughters of the Republic of Texas and The Book of the Month Club. She and Noel continued to be active in the National Association of Retired Employees where she was the Sunshine Chairman sending cards and calling members to encourage them. In 2004 they moved to Longview, Texas to be near their son. They attended Pine Crest Bible Church where she appreciated all the love and hugs they showered on her. Her interests were reading, gardening and genealogy. She was a wonderful wife, mother, grandmother, and great-grandmother and will be greatly missed by family and friends. Those left to cherish her memory are her daughter Eleanor Dunn of Schaumburg, Ill.; her son and daughter-in-law, David and Betty Cook of Longview, TX.; Five grandchildren and spouses, Chris and Barbara Dunn of Little Rock, Ark.; Laurie and Mike Reinhardt of Marina Del Rey, Calif.; Greg and Jeri Linn Dunn of Plano, TX.; Brad and Tricia Cook of Longview, TX.; Brian and Shannon Cook of Tyler, TX.; Nine Great-Grandchildren, Forrest Dunn, Shea Dunn, Sydney Dunn of Little Rock, Ark.; Ryleigh Dunn of Plano, TX,; Jordan Cook and Gray Cook of Longview, TX.; Wyatt Cook , Samuel Cook and Phillip Cook of Tyler, TX.; One sister-in-law Beulah Faye Patton of Ionia, Mich.; Many nieces, nephews, cousins and friends. The funeral will be held June 25, 2010 at 10:00 a.m. at the Chapel of Rader Funeral Home 1617 Judson Road with Pastor Ralph Cone of Pine Crest Bible Church officiating. Graveside services will be held at Sparkman/Hillcrest Cemetery in Dallas, TX.; on June 25, 2010 at 4 p.m.. The family will receive friends at the funeral home on Friday June 25, 2010 from 9 a.m. until service time.

Dorothy Lucille Cook Dorothy Lucille Click Cook, 93, went home to be with her Savior June 21, 2010 in Longview, Texas. She was born August 8, 1916 in San Angelo, Texas to James Louis Click and Mary Etta Carson. She grew up and completed her... View Obituary & Service Information

The family of Dorothy Lucille Cook created this Life Tributes page to make it easy to share your memories.

Send flowers to the Cook family.