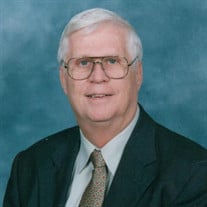 Donald Eugene Auderer, 79, beloved husband, father, grandfather, and brother, passed away Tuesday morning, October 19, 2021, at a Longview hospital after a valiant four-year battle with lung cancer, complicated by pneumonia. Don was born in Houston, Texas, on January 5, 1942, the second son of Tom Geary and Vivian Auderer. He was a fifth generation Houstonian. He was a graduate of Stephen F. Austin High School in Houston and had a B. S. In Industrial Engineering degree from Lamar University. At Lamar, he met the love of his life, Jolene McKelvy. They were married on June 5, 1965, and celebrated 56 years of marriage this year. He began his industrial engineering career with Westinghouse, working on the production of early integrated circuits. He returned to Texas to work for Collins Radio in Dallas, where his two sons were born. In 1972, he began working as production manager for Longview Manufacturing. Under his management, the company won several Sears Presidential awards for quality in their product. He advanced to the position of company president. He also worked as production manager for Morton Thiokol and several other East Texas manufacturing companies. His employees always appreciated the way he treated them with respect and consideration of them as people, not just employees. His hobby during his working years was sailing; he was a former commodore of the Longview Yacht Club. He was a past officer in the American Association of Industrial Engineers and a former member of the Longview South Rotary Club. In retirement, he pursued his passion for photography. He and his photographer friends traveled to various places in the United States and as far as Iceland, pursuing the perfect shot of the beauty surrounding them. He entered the Texas Bank & Trust photo contest many times, winning awards including best of show. He enjoyed photographing events at First Christian church where he served as deacon and elder as well as being the administrator of Bethany Home, an outreach ministry of the church. Don and Jolene loved traveling, also; Don did all the meticulous advance planning and then made a wonderful book full of his photos so they would have a lasting record of where they had gone. When he could no longer travel, he turned to painting with water colors. He enjoyed making pictures from his travels and also funny characters on note cards that he would send to friends or some of the medical staff at Texas Oncology who had been so kind to him. He is preceded in death by his parents and older brother, Tom Geary Auderer III. He is survived by his loving wife, Jolene, his two sons, Cary Jason Auderer (Elizabeth) of Seminole, Florida; Brian Drew Auderer (Laura) of Austin, and three grandchildren, Michael and Alyssa Auderer of Seminole, Florida, and Sadie Auderer of Austin, his brother and sister-in-law, Ronnie and Linda Auderer of Rocklin, California, his nephew Ty(Kris) and his special friends Logan and Brigitte Damewood, Barry and Paula Lansford, and Jim and Fran Heslep. A celebration of his life will be held at 10:00 AM Friday, October 22, at First Christian Church with Rev. David Farmer officiating. Memorial contributions can be given to St. Jude’s Children’s Research Hospital or First Christian church.

The family of Donald Eugene Auderer created this Life Tributes page to make it easy to share your memories.

Send flowers to the Auderer family.