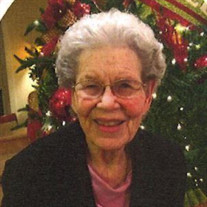 Daphne Pauline (Polly) Cocke, 94, of Elderville, TX, passed away peacefully on Tuesday, January 25, 2022, at Sunrise Assisted Living Facility, located in Katy, TX. Polly was born July 13, 1927, in Lindale, TX to Paul and Louise Henderson. She attended school in Lindale where she graduated. She worked for Tidewater Oil Company in Kilgore, TX. Polly met her husband to be, Jim Cocke, around 1950 and was married in Kilgore, TX in 1951 They were introduced by Buster & Lucille Butts. Buster knew Jim Cocke and since Polly worked for Buster, he thought they would make a great couple. Jim & Polly were each invited to attend a baseball game with Buster & Lucille and from there, they dated for a while. Jim was in the Army and eventually, they decided to get married while he had a few weeks off duty. They built a house on the farm Jim Cocke grew up on, and there they raised two children, Charlotte, and Jim. In the early years of raising children, she was actively involved in school boards, campfire girls, supporting the community by being involved in hosting local election polls. Polly was a member of the Centre Presbyterian Church, where she served on various committees. Polly loved to be on-the-go as long as she could drive, frequently “going to town” and checking up on neighbors, friends, and relatives. She loved to read, sew, cook and watch a good old movie. Occasionally, she might be found playing cards or dominos with some relatives. She is survived by her brother David Henderson, of Colorado Springs, CO, daughter Charlotte Shanks of Katy, and son and daughter-in-law J.T. and Sandy Cocke of New Braunfels, grandsons Tim Shanks of Bulverde, Jeff Shanks of Richmond, Jacob Cocke of Kansas City, KS, granddaughters Mariad Thatcher of Paola, KS, Cami Cocke of Topeka, KS, and Teri Cocke of Stillwater, OK, and 1 great-granddaughter Harley Thatcher. Polly’s sister, Eugenia Stuckey preceded her death, as did her husband Jim.

The family of Daphne Pauline Cocke created this Life Tributes page to make it easy to share your memories.

Send flowers to the Cocke family.