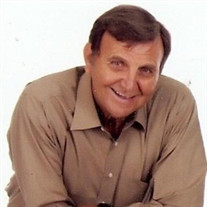 The life story of Dale Perkins, Sr. began on Wednesday, October 31, 1934, born into the loving home of Dee and Lessie Perkins in Smithville, Louisiana. There he grew up with his brothers Dee, Fred and Alvin; and sisters Leatrice, Bea, Velma, Bobbie and Cherry. At the young age of 13, he was leading music in the local church; at 15 he held his first revival. God provided a start to his education through a full ride on a basketball scholarship. He received his B.S. Degree from the University of Corpus Christi; did Post Graduate Work at Southeastern State and Southwestern Baptist Theological Seminary; and received his Master of Church Music from New 0rleans Baptist Theological Seminary. Over the span of his career as a Minister of Music, he served churches in Louisiana and Oklahoma before his 40-year tenure at the Mobberly Baptist Church in Longview, Texas. He took literally thousands of young people on youth choir trips – 5 tours in Hawaii, Canada, 10-state tour, singing, ministering and sharing Jesus with everyone from the prisons and prostitutes to governors and presidents. Many young people were called into the ministry of the Gospel because of his mentorship. He was a pioneer in church music as being one of the first to dramatize such major works as Handel’s The Messiah, Dubois’ The Seven Lasts Words of Christ, and Mendelssohn’s Elijah. He formed a singing group – Classic Praise – that traveled America singing at the Pastors Restoration Conferences during election year, and he was honored to serve on the Spiritual Advisory Board of Texas Governor Greg Abbott. Retiring from church music in January, 2008, he began an outreach ministry which carries his name – Perkins Partnership Ministries. PPM established the Shade Tree Ministry feeding the homeless every Saturday since 20ll. His heart was family, music and evangelism. Every day of his life was spent in serving his fellowman. If he knew you, he called you “family.” No matter the hour of the day or night, he was your friend – there to help; the most unselfish, kind, giving person you could ever meet. He loved hunting, fishing, and taking care of his cattle. The ranch served as the meeting place where the Perkins Clan would all gather regularly to work the land and cattle, build and mend fencing, and fellowship over a meal. He spent his life teaching his children the ways of God, and they in turn teach their children how to love the Lord, and to share with one another. Dale Perkins lived according to the Bible. His storytelling and scripture memorization were incredible. One like him comes along once in a lifetime! If ever in doubt of any decision he had to make, he sought the Word to make sure his choice was in line with what God could bless. Dale Perkins lived a life that was ready to meet the Lord every day that he walked on this earth. On Wednesday, September 15, 2021, he heard his Lord say, “Well done, thou good and faithful servant: thou hast been faithful over a few things, I will make thee ruler over many things: enter thou into the joy of thy Lord.” He had finished the work and now he is reaping his reward face to face with the God of his salvation. Welcoming him to his eternal home was his wife of 64 years, Shirley Perkins; his mom and dad, and five of his siblings. Left to continue his legacy are his three sons, Dale David, Stacy and Clay Perkins; and two daughters, Renee’ Hamilton and Tina Cooper; Daughters-in-Love Mignon, Stacey Girl, and Missi; and Sons-in-Love Scott Hamilton and Jon Cooper. Psalms 127:3-5a says, “Children are a gift from God; they are his reward. Children born to a young man are like sharp arrows to defend him. Happy is the man who has his quiver full of them.” Dale Perkins was blessed to share in the life of 17 grandchildren (and spouses) and 26 great grandchildren. He is survived by the Perkins family long-time friends, Paula McKinley and Peggy Worsham; along with many family members, friends and acquaintances too numerous to name. The interment will be a private gathering of family at the Perkins Ranch where he will be laid to rest in the Perkins Family Cemetery lovingly called “Nana’s Bedroom.” A memorial service will be held at Woodland Hills Baptist Church, 2105 E. Loop 281, Longview, on Saturday, October 30 at 12:00 noon. In lieu of flowers, the family has requested donations be made to Perkins Partnership Ministries, 1125 Judson Plaza, Ste. 182, Longview, Texas 75601.

The life story of Dale Perkins, Sr. began on Wednesday, October 31, 1934, born into the loving home of Dee and Lessie Perkins in Smithville, Louisiana. There he grew up with his brothers Dee, Fred and Alvin; and sisters Leatrice, Bea, Velma,... View Obituary & Service Information

The family of Dale D. Perkins created this Life Tributes page to make it easy to share your memories.

Send flowers to the Perkins family.