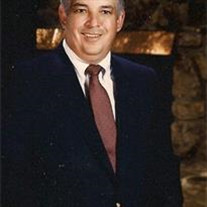 Clinton Ray Humphreys was born in Eastland County on January 13, 1941, to Vernon and Jackie Humphreys. Clint lived on a cattle ranch until he went to college. He attended Eastland schools and graduated from Eastland High School in 1959. He played all sports and participated in all agricultural events while in high school. Clint attended Sul Ross State University on a football scholarship where he played quarterback for the Lobos. He was elected Freshman Class Favorite as well as being selected for Who's Who Among Students in American Universities, and was a member of Alpha Chi at Sul Ross. Clint received a Bachelor of Science degree in August 1962. Clint began his career in education in 1962, and for 30 years he served as coach and athletic director at six different school districts. While coaching football, Clint won five different district championships at four different high schools with several undefeated regular seasons. He received a number of honors during his coaching and AD career. Clint was selected "District Coach of the Year" five different times. He was nominated as a candidate to coach the Texas High School All Star and served as President of the Texas High School Athletic Director's Association. Clint was selected as the Athletic Director of the Year and also was inducted into the Texas High School Athletic Directors Hall of Honor. After retiring from coaching Clint served on the LISD school board for six years. With these accomplishments, Clint said he was the proudest of his wife Nancy, his son Randy, daughter-in-law Teresa and the light of his life - his grandkids, Miranda, Miriah and Nate. He loved being their Pawpaw and taking them to various stock shows to show steers. He had been a member of First Christian Church of Longview since 1971. Clint was preceded in death by his parents, Vernon and Jackie Humphreys and his sister, Lea Wright. He is survived by his wife of 48 years, Nancy; his son, Randy and his wife Teresa; grandchildren, Miranda, Miriah and Nate all of Longview; brother-in-law, James Wright; nephew, Jim R. Wright; niece, Jeannie Walker; brother-in-law, Tommy Beck and wife Maria, all of Eastland; and brother-in-law, Steve Beck and wife Rebecca of Nacogdoches. In lieu of flowers, donations may be made to First Christian Church Building Fund, LISD Foundation or a charity of your choice. Funeral services will be held at 1 p.m., Monday, April 19, 2010, at The First Christian Church with Dr. Richard Emerson, the Rev. Jim Wright, Mr. John Wink and the Rev. Gala Strunk officiating. Interment will follow in Rosewood Park Cemetery under the direction of Rader Funeral Home of Longview. Mr. Humphreys passed away Thursday, April 15, 2010, in Longview. The family will receive friends at the funeral home on Sunday, April 18, 2010, from 2-4p.m.

Clinton Ray Humphreys was born in Eastland County on January 13, 1941, to Vernon and Jackie Humphreys. Clint lived on a cattle ranch until he went to college. He attended Eastland schools and graduated from Eastland High School in 1959. He played... View Obituary & Service Information

The family of Clinton Ray Humphreys created this Life Tributes page to make it easy to share your memories.

Clinton Ray Humphreys was born in Eastland County on January...

Send flowers to the Humphreys family.