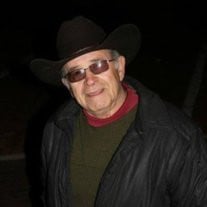 Charles “Charlie” Richard Reid Longview--Charles “Charlie” Richard Reid;72, lifetime resident of Longview, Texas, passed away October 14, 2013 at home with loved ones. Memorial service will be held Saturday, October 19th at 10:00am at Rader Funeral Home in Longview. Officiating services will be done by lifelong friend’s; Billy Bolt, Charles Keasler, Bill Thomas, brother, Donald Reid, and several others. Charlie was born November 18, 1940 in Longview, Tx to George Kirkland and Pauline Ruth Reid. He was preceded in death by his parents, sisters Alice Mae and Catherine “Kitty” Stapleton, and a brother Robert Reid. Charlie attended Spring Hill schools until he graduated in 1959. He lived in a small house across the street. Their home was the hangout spot for all the local kids back in the day. He was an outstanding member of the football, basketball, track, and baseball teams which led to him being elected Mr. Spring Hill by popular vote. He was also chosen as Most Athletic by his senior class, Top Lineman by area newspapers, All-District in football and chosen as class favorite on other occasions. He was part of a group called The Shop Boys, which included his lifetime friends. He competed in Geometric designs, as a sample of introductory drawing. After high school, he attended Paris Junior College on a football scholarship. In 1961, Charlie married his childhood friend since 1946, Jo Anne Summers. The two were soul mates his entire life. They wed on March 14, 1961 at Elmira Chapel Cumberland Presbyterian Church in Spring Hill, Texas. Together over 52 years they shared a life time of memories, laughter, and special times with their children and grandchildren. He was a Carpenter for 50 years, trimming houses, building cabinets, and beautiful “Gone with the Wind” staircases. He could make anything out of a piece of scrap wood. He was very well known in the East Texas area for his talents. He spent the last several years with Hallsville Independent School District where he left his legacy. He retired in November 2012 due to illness. The beautiful things he built at HISD are a constant reminder that he was there. The memory of him will live forever in the hearts of his friends and co-workers at HISD. He had a knack for stealing hearts everywhere he went. He never met a stranger. If you had the pleasure of meeting him, you either became a lifelong friend or a new member of the family. He never said an unkind word about anything or anyone. He was so full of love for this life and everybody he met in it. He will be greatly missed by all who knew him. He was beautiful inside and out. He is survived by his wife of 52 years, Jo Anne Reid. His daughters Charlotte Jo Minor and husband Mark Allen Minor of Longview; Cathilene Hoffman and husband Edward L. Hoffman of Gladewater; Christen M. Bruce and husband Robert L. Bruce of Marshall. Grandchildren, James “Eric” Minor and his wife, Britnie. Devon Michael Bruce, Jessica Erin Hoffman, Joshua Lane Bruce, Jacob Edward Hoffman, and Julia Elise Hoffman. Great-Grandchildren; Tristin Michael Stanley and Kaidin Allen Minor. He is also survived by his furry children, Red and Sassy. Charlie is also survived by his brothers, John Kirkland Reid and wife Hazel of La Place, Louisiana; Donald Walter Reid and wife Cheryl of Walterboro, South Carolina; Sisters Paula “Polly” Ritchey and husband Frank of Leesburg, FL; Georgia Warr of New Cumberland, PA. He held a special place in his heart for his sister-in-law, Terry Lynn Akin and her family for the unconditional love and support she provided. She was at his bedside with his wife and children when he went Home. He is also survived by several nieces, nephews, cousins, along with a host of special friends. In lieu of flowers, the family asks that donations be made in his name to Heartsway Hospice of Northeast Texas, 4351 McCann Road, P.O. BOX 5608, Longview, Texas 75608. Special thanks to Dr. Charles Martin, Dr. J. Chastain, Dr. Taylor, Dr. Couch and Dr. Nirmal at Texas Oncology of Longview.

The family of Charles Richard "Charlie" Reid created this Life Tributes page to make it easy to share your memories.

Send flowers to the Reid family.