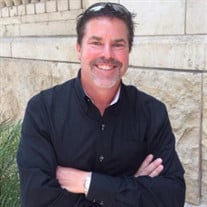 A celebration of life for Charles “Charley” Allan Albert will be held at The Reserve in Longview, TX on May 13, 2021 at 2:00 PM. Charley passed to the Lord in the early morning of April 16, 2021 in Longview. Charley was born on March 26, 1965 to parents Georgene and Kenneth Albert in Longview, TX. When he was born, he was such a happy baby that his father said he looked like a “good time Charley,” a description that proved true throughout his life. He graduated from Longview High School in 1983, then Kilgore Junior College. He received a Bachelor of Business Administration from Stephen F. State Austin University. Charley worked diligently to further his professional credentials, earning a CPA and a CFE, and retired from Curtis Blakely & Co. after 33 years. Following retirement, Charley elected to open his own audit and forensic accounting firm, Albert Consulting and Financial Services, in Longview while caring for his elderly parents. Charley attained the Boy Scouts of America Eagle Scout with Troop 201 and it was primarily through his experience in scouting that he learned the values of hard work and caring for his fellow man. He also had a love as an outdoorsman, especially duck hunting, a passion that he gladly shared with his sons. Charley was immensely proud of his children and supportive of all their activities. He had a generous and dependable spirit and would always go out of his way for those that had the blessing to know him. Those that knew Charley enjoyed his wonderful, self-deprecating sense of humor and his storytelling, which he would laughingly say made a long story short. Having grown up in Longview, Charley developed deep and long-standing friendships around the city. His love for Longview was manifested in his community involvement, which included board memberships of the Parenting Resource Center and Hearts Way Hospice. Later in life, Charley was graciously able to regain the faith of a child in Christianity, a faith that knows that there is a God that took an interest in his life and blessed him beyond his wildest dreams in both his work, his family, and his friends. Charley was preceded in death by his mother, Georgene Albert. Left to cherish their memories of Charley are his father, Kenneth Albert; his two sons, Nicholas and Noah Albert; devoted girlfriend Kris Loe; co-parent, Tracy Albert; brother Stephen Albert with his wife Cynthia; and sister Stacy Jerrett. Charley is also remembered by his numerous nieces, nephews, extended family and friends. In lieu of flowers, memorial contributions can be made to Hearts Way Hospice or Parenting Resource Center in Charley’s name.

The family of Charles Allan Albert created this Life Tributes page to make it easy to share your memories.

A celebration of life for Charles “Charley” Allan Albert will...

Send flowers to the Albert family.