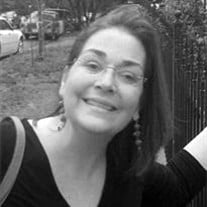 Catherine Smead Steinmeyer, 46, passed peacefully December 24th, at Dallas Presbyterian Hospital. Catherine was born in Longview, TX, May 26th, 1964. She attended The Hockaday School, graduated from Longview High School 1982 and went on to Colorado State University, at which point she met her husband Jeff, and married on November 19th, 1983. She and Jeff lived in Memphis, Tyler, and Oklahoma City before settling in Longview in 1992. She had been involved in the American Diabetes Association, the Junior League of Oklahoma City and Longview, Longview Women's Center, Good Shepard Guild, Kappa Mom's Club, Parent's of A&M Medical Students, and the A-Team. She loved shopping, traveling, and being with her family. She and Jeff owned and operated Fabulous Food from 1994-2005 and have operated Fabulous Cookies since 2006. Catherine's greatest joy was her family. She nurtured her children with unconditional love and provided them with a home full of love and support. She was Meredith's and Shelby's greatest advocate. She is survived by husband, Jeff Steinmeyer; daughter, Meredith, of Tulsa; son, Shelby, of Bryan-College Station; mother and father, Ann and Hamp Smead; brother, Sam Smead, his wife, Jill and their son, Sam; sister, Susan Russell and her sons Matthew and Stephen; aunt and uncle, Leah and John Darby; cousins, Miles Darby and Beth Darby. The family is requesting remembrances made to Windridge Theraputic Equestrian Center. The family will have a private ceremony at a later date.

The family of Catherine Ann Steinmeyer created this Life Tributes page to make it easy to share your memories.

Send flowers to the Steinmeyer family.