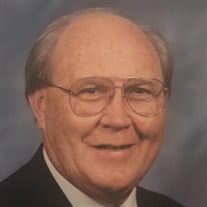 Carroll Mack Shipp, 82, of Longview, Texas passed away on January 22, 2022 at home, after a long battle with cancer. A memorial service will be held at 2 PM Thursday, January 27th at First United Methodist Church, Longview with Rev. Jay Jackson officiating. The family will receive friends from 1 to 2 pm prior to the service. The service will also be webcast at www.longviewfumc.org for those unable to attend. He was born in Mexia, Texas to Les and Myrtle Shipp on August 26th, 1939 and moved to Longview at the age of 7 where he lived until his death. He met his soul mate, Sandra Long in the 3rd grade while both were attending Campus Ward. They started dating in their sophomore year at Longview High School and married in 1958, the year after their graduation and were happily married for 62 years. Upon his graduation from high school, he attended Kilgore Jr. College and Louisiana Tech. He went to work for Texas Eastman in 1961 in the Data Processing department and retired in 1999. Carroll was an active member of First United Methodist Church, Longview where he was in the Waddell Sunday School Class. He also served as an usher and volunteered in several other areas within the church. Carroll had several hobbies over his lifetime, but his real love was golf. His love and participation in golf brought him many good friends over the years. His real joy from golf came from teaching his kids and grandkids the game. He was preceded in death by his wife, Sandra, and his parents Les and Myrtle Shipp and one brother, Billy Paul Shipp. Those left to cherish his memory are his son, Howard and wife Vickie, daughter Sheila Rogers and husband Danny, his grandchildren Kyle Shipp and wife Carrie, Stephanie Collins and husband Chris, Lara Zahn and husband Dustin, Patrick Simmons and wife Hannah, Branson Rogers and wife Nicole and Bailey Rogers. He is survived by 5 great-grandchildren, Bailee, Cullen, Cooper, Sadie and Mason, and numerous nephews and nieces and golfing buddies. The family would like to extend a heartfelt thanks to Dr. Neeraj Sharma and Anita Steelman and staff of the Texas Oncology Center of Longview. If desired, memorials can be made to the First United Methodist Church, Longview or Longview Community Ministries.

Carroll Mack Shipp, 82, of Longview, Texas passed away on January 22, 2022 at home, after a long battle with cancer. A memorial service will be held at 2 PM Thursday, January 27th at First United Methodist Church, Longview with Rev. Jay Jackson... View Obituary & Service Information

The family of Carroll Mack Shipp created this Life Tributes page to make it easy to share your memories.

Carroll Mack Shipp, 82, of Longview, Texas passed away on January...

Send flowers to the Shipp family.