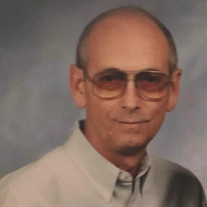 Carl “Archie” Alan Riley was born in Kilgore, TX to his parents, S.M. and Gladys Riley on August 14, 1946, and passed away on Saturday, August 14, 2021, due to complications from Covid-19. Archie grew up in New London, TX and was a 1964 graduate of London High School. He married the love of his life, Gloria Jean Freeman on October 19, 1967, in Henderson. Archie owned and operated and co-owned and operated Riley’s Humble Service Station from 1964 to 2003. From the time he could walk, he was helping and working at the store. In 1970, he joined in his parents in partnership and began operating the store. He was always a friendly face to many at the store. He loved to visit, catch up and joke with customers daily. Some would say he was the life of the party when coming into the store. Archie lived in New London his entire life and was a member of London Baptist Church. He loved to hunt and fish with his friends and 3 boys and spend time with his family and friends. He had many friends and never met a stranger. Gloria recalls a time when away on vacation, he ran into another Aggie parent and enjoyed chatting with them for long periods of time. Family was very important to him, and he would do anything for anyone in the family, all they had to do was call and he would be there ready to help. He enjoyed doing things for others. His 3 boys were his pride and joy. He was so proud of each of them and their families. He was proud to call New London his home. He loved the town and the people in it. If there were ever any problems, like water leaks, he would be there to help. He felt that it was important to be apart of his community and help serve where he could. Humor played a big part in his life. He enjoyed joking and teasing with his wife, whom he called Cinderella as well as family members. He served on the New London Fire Department from the early 60’s and was a member for 60 years. He served as Chief and Driver, and he also served with his father and sons. Archie was preceded in death by his parents, and his grandparents, Cora T. and S.M. Riley, Sr. and Grace and Sanders Ogea. He is survived by his wife Gloria Riley, sons, Curtis Riley and wife Kim, Rodney Riley and wife Angie and Ryan Riley and wife Ginger. He is also survived by his grandchildren; Shelby Riley Bearden and husband Stephen, Katelyn Riley Hofbauer and husband Jared, Collin Riley, Mason Riley, Tanner Riley and Maddie Grace Riley. His great grandchildren, Rhett Bearden, Reese Bearden and Riley Kate Hofbauer. He also left behind many beloved nieces, nephews and cousins. If you would like to remember him, please make donations to the New London Volunteer Fire Department. P.O. Box 428 New London, TX 75681 There will be a private family graveside for Mr. Riley at Lakewood Memorial Gardens in the coming days and a public memorial service for him at a later date.

The family of Carl "Archie" Riley created this Life Tributes page to make it easy to share your memories.

Carl “Archie” Alan Riley was born in Kilgore, TX to his parents,...

Send flowers to the Riley family.