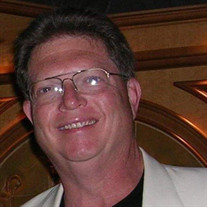 Burl Duke Owen passed away Friday, August 13, 2021, in Longview, Texas. He was born December 22, 1956, in Longview, Texas, to Bill and Jean Owen. His father worked for Lone Star Steel for many years, his mother was a talented homemaker, and their family attended Oakland Heights Baptist Church. Duke was raised in Longview, attending Mozelle Johnston Elementary, Judson Junior High, and Longview High School through the 11th grade. He graduated from Robert E. Lee High School in 1975 after moving to Tyler where his father accepted a job with Phillips Petroleum. Duke was vertically gifted, standing at an astounding 6 foot 11 inches, and excelled at basketball. During his high school years with Longview Lobos, he was the leading scorer which led to recruitments and college scholarship offers. He started his college career at the now closed Lon Morris College, a junior college in Jacksonville, Texas, as it was a feeder school to Louisiana Tech University. While at Lon Morris, his team won the Texas Eastern Conference Championship. Later when playing for the Louisiana Tech Bulldogs, they won the Southland Conference Championship. In 1980, Duke moved to San Antonio and was employed by Friedrich Air Conditioning manufacturing facility and at Kelly Air Force Base re-manufacturing turbo jet engines. He later landed a job with Morton Thiokol Corporation in Utah. He worked for Morton Thiokol from 1985 to 1988 helping to redesign the Space Shuttle booster rockets and o-ring seals that had failed during the Space Shuttle Challenger tragedy in 1986. While in Utah, Duke completed his bachelor’s degree in Business at the Salt Lake City campus of the University of Phoenix. In 1988, Duke transferred with the Morton Thiokol Corp. to their Karnack, Texas facility and moved back to Longview. In 1990, he opened his business, All Types Computers, a sales and service computer store, and raised his two daughters, Natalie and Megan. Duke was actively involved in the lives of his daughters, as they inherited his love for basketball; many weekends were spent traveling around Texas playing in girls’ basketball tournaments. His computer business was successful for 23 years before he sold it and transitioned to investing in real estate properties. Eventually, Duke built a custom designed home north of Longview, appropriately dubbed the “Rockin’ O Ranch”, complete with 8-foot-tall doorways throughout the house. Duke was also involved in the Longview Chapter of AMBUCS, helping with delivery of Amtryke tricycles and building wheelchair accessible ramps for the homes of families with special needs children. Duke was strong in his faith and was a member of Mobberly Baptist Church, loved his family deeply, and a very proud father. Duke is survived by his mother, Wilma Jean Duke Owen of Tyler, Texas; his brother, Alvin Owen of Tyler, Texas; two daughters, Natalie Owen of Houston, Texas, and Megan Owen of Hendersonville, North Carolina; one grandson, Hagen Hightower of Hendersonville, North Carolina; two nephews, Ben Owen of Tyler, Texas, and Seth Owen of Sacramento, California; aunts Ruth Smith and Margaret Cotton of Tyler, Texas; and other numerous relatives. Duke was preceded in death by his father, Bill Owen, and sister, Cathy Lea Owen, grandparents Sherman and Kathryn Duke of Kilgore, and William and Thelma Owen of Hawkins, Texas. The family will receive friends for a visitation on Thursday, August 26, from 5-7pm, and a memorial service Friday, August 27 at noon, both at Rader Funeral Home in Longview.

Burl Duke Owen passed away Friday, August 13, 2021, in Longview, Texas. He was born December 22, 1956, in Longview, Texas, to Bill and Jean Owen. His father worked for Lone Star Steel for many years, his mother was a talented homemaker, and... View Obituary & Service Information

The family of Burl Duke Owen created this Life Tributes page to make it easy to share your memories.

Send flowers to the Owen family.