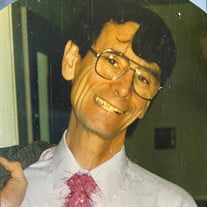 Dr. R. William “Bill” Graff (83) passed on to Glory on April 11, 2022, as his beloved wife, Agnes “Igglis” M. Graff, was by his side. A memorial service will be held at 7:00 pm, Friday, the 22nd of April at the Belcher Center on LeTourneau University’s campus. Bill was born November 28, 1938 in Indianapolis, Indiana, to Bob and Martha Graff. He was raised with three younger sisters: Judy, Gwyn, and Jody; and had many adventures as a child and young man, some of which involved wild reptiles, explosives, and flying mammals. Bill went to Purdue University to earn a degree in Electrical Engineering. He met his future wife during a summer job in Long Island, NY at Airborne Instruments in 1959. This was the same summer his life was changed by becoming a Believer in Jesus. (Before that time, he had always assumed he was a Christian because he was an American.) He began graduate school at Purdue University in the same year he married Agnes. After receiving his PhD in Electrical Engineering, he began his career by teaching at Drexel University in Philadelphia, PA, and then at Wilkes College in Wilkes-Barre, PA. By the end of his time in these positions, he and his wife had three daughters: Shanna, Misty, and Marli. He received his final job at LeTourneau University in Longview, TX, as the only (at that time) engineering professor, which he continued for the following 43 years. Over the years, he created a devotional series based on the Gospel of John, and was as well known for his devotions as he was for his excellence in teaching. He was also highly regarded for his expertise in antennas, microwaves, and plasmas. For many years, he presented papers on ethics in engineering for the IEEE conventions with his friend and fellow professor, Dr. Paul Leiffer. He did antenna research for projects in Groton, CT, in Israel, Ecuador, and at NASA in Houston, TX. Although he accomplished all of these things and had a book of his devotions published, he would have considered his greatest accomplishment to be the discipling of people to follow Jesus and study for excellence in their chosen vocation. He spent all of his time studying for this aim and teaching others to do the same. He was a devoted, hardworking, fun-loving, and faithful husband, father, brother, grandaddy, teacher, and friend. The home of Bill and Agnes was always open to people. Many students considered it to be a home away from home. Bill taught and coached, and Agnes nurtured and listened. They also did some marriage counseling together. He spent time with others doing exciting things like flying large styrofoam gliders retrofitted with rocket motors, which was something towards which many of his grandchildren looked forward when they spent time with him. He is survived by his wife of 62 years, Agnes Graff; his three daughters and two sons-in-law: Shanna (Jon) Carruth, Misty (Mark) Gunderson, and Marli Hickin; his eleven grandchildren; his eight great-grandchildren; and his sister, Gwyn Graff. He is preceded in death by his parents, Bob and Martha Graff; two sisters: Judy Webb and Jody Graff; and son-in-law Ben Hickin. In lieu of flowers, donations may be made to the Bill and Igglis Graff Endowment Scholarship fund at LeTourneau University. A private burial for Billy Graff will take place this week, with a public memorial service to take place at a later date. Dr. Graff was born in Indianapolis, IN November 28, 1938 and passed away in Longview, TX on April 11, 2022.

The family of Billy Graff created this Life Tributes page to make it easy to share your memories.

Send flowers to the Graff family.