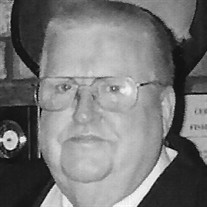 Billy W. Britton, age 77, passed away in the evening hours of February 24, 2022, surrounded by his loving family. Bill was born on December 25, 1944, in Palestine, Texas. He was a devoted husband and father who worked diligently to provide for his family. His career as a machinist was mostly spent working at LeTourneau, Inc. in Longview, Texas. In 1963 he began his service in the U.S. Army and was honorably discharged in 1967. During his service, he was stationed in Germany as well as many stateside posts. He enjoyed spending time with his family and had a fondness for traveling and the outdoors, especially hunting and fishing. Some of his most recent endeavors included travels to Alaska and Hawaii. Bill was always willing to help those in need by any means necessary. He was generous with his time, money, and straightforward advice. He was a natural leader and knew to step in and take control of the situation when needed. His work ethic was unmatched. He took every challenge head-on and failure was never an option. He loved his family unconditionally and beyond measure. He will be greatly missed by his loved ones who will cherish his memory. He leaves behind his wife of 40 years, Margie Britton of Hallsville, Texas and his children, Wendell Hunt of York, South Carolina, Kenneth Hunt, and wife Lynn of Corpus Christi, Texas, Curtis Hunt, and wife Debbie of Kilgore, Texas, Kathy Britton of Longview, Texas, Robin Smith, and husband Tim, of Longview, Texas, and Jimmy Britton, and wife Dragana of Longview, Texas,; a sister, Debra Farris, of Mexia, Texas; as well as numerous grandchildren and great-grandchildren. He is preceded in death by his father, John Britton, mother, Anita Sellers, son, Billy C. Britton, brother, John C. Britton, brother, Leonard Darrell Jobe, sister-in-law, Linda Britton, and son-in-law, Barry Turner-Hunt. Visitation will be held on Monday, February 28th, 2022, from 6-8pm. The funeral service will be held on Tuesday, March 1, 2022, at 12pm in the Chapel of Rader Funeral Home of Longview. A memorial guestbook may be signed online at www.raderfh.com.

Billy W. Britton, age 77, passed away in the evening hours of February 24, 2022, surrounded by his loving family. Bill was born on December 25, 1944, in Palestine, Texas. He was a devoted husband and father who worked diligently to provide for... View Obituary & Service Information

The family of Billy W. Britton created this Life Tributes page to make it easy to share your memories.

Billy W. Britton, age 77, passed away in the evening hours of...

Send flowers to the Britton family.