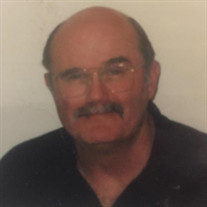 William Benjamin (Bill) Stringer, 71, of Longview passed away on Saturday, April 23, 2022 at William P. Clements Jr. University Hospital in Dallas with his loving family by his side. Bill was born in Longview on December 13, 1950. After graduating from Longview High School in 1969, he attended the University of Houston on a track & field scholarship before transferring to Baylor University. He and his wife Carolyn were married on June 3, 1972. They went on to establish Parties Plus in Longview, which has served the community since 1984 and is still run by the family today. His hobbies included restoring classic cars and travel. His infectious personality and sense of humor will be remembered forever. Bill was well known for his tremendous contributions to youth soccer in East Texas. After coaching numerous youth teams and officiating games for many years, he served as President of the Greater Longview Soccer Association. He went on to become the founder and head coach of Azzurri Soccer Club, one of the most successful clubs in the history of East Texas whose impact was felt across Texas, Louisiana, Oklahoma, Arkansas and Colorado. Many of the players he coached went on to play at the collegiate level. He loved all his players and was so proud to see the men they grew up to be. The lasting influence on their lives is truly immeasurable. Those left to cherish his memory are his wife of 49 years, Carolyn Langston Stringer, and his three sons Ray Stringer, Brandon Stringer and Jeremy Stringer of Longview, sister-in-law Barbara Langston Mason of Austin and nephew Michael Mason Jr. of Austin, brother-in-law William Brooks Langston III of Wills Point and niece Skyla Langston of Dallas, as well as numerous cousins and several great nieces and nephews. Bill’s father M. Ray Stringer, mother Marjorie Green Stringer, brother Dale Stringer, father-in-law Dr. William B. Langston, Jr. and mother-in-law Betty Etheredge Langston all precede him in passing. Visitation will be held at Rader Funeral Home in Longview on Friday, April 29 between 6 and 8 pm. A private family burial will take place at Rosewood Park at a separate time.

William Benjamin (Bill) Stringer, 71, of Longview passed away on Saturday, April 23, 2022 at William P. Clements Jr. University Hospital in Dallas with his loving family by his side. Bill was born in Longview on December 13, 1950. After graduating... View Obituary & Service Information

The family of Bill Stringer created this Life Tributes page to make it easy to share your memories.

Send flowers to the Stringer family.