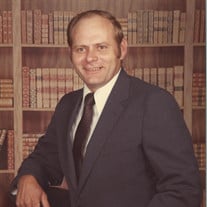 Avner Herva Zackary, Jr. was born August 30, 1942 to Winnie Stone Zackary and Avner Herva Zackary, Sr. in Linden, Texas. When he was a child, His parents moved to Bossier City, Louisiana where he graduated from Bossier High and met the love of his life, Shirley Ann Osborn. They attended First Baptist, Bossier and were named Valentine King and Queen. They married shortly after this on June 24, 1961 and lived in Bossier where Shirley worked as a beautician and Herva was the produce manager at Kroger’s. In 1967, Herva was hired at Buckstaff motors in Longview and later that year was hired as an instrument repairman at Lone Star Steel, where he worked for 25 years until retiring in 1992. Because of the union and the nature of the steel industry he experienced several layoffs and union strikes. Not one to let grass grow under his feet and because of his abiding commitment to provide for his family, he started several businesses and worked for Brown and Root Construction Company during these periods. He began an automobile alternator and starter rebuilding business in the 70s, and on another layoff he began a handyman home repair business. During the 80s lay off he learned about the irrigation business from his brother, Dan and began, Zack’s Irrigation in 1982. He loved meeting people and providing them quality irrigation systems and reliable repair service until 2000, when he was diagnosed with colon cancer. Following, the sale of Zack’s Irrigation, he was hired by Letourneau University to oversee their irrigation system. He loved working, building, creating, solving problems and satisfying customers and employers in all of these roles and responsibilities. He especially enjoyed the Christian comradery he experienced working with believers at Letourneau University until he retired in 2008. When not working he enjoyed many activities with his family and friends. Camping progressed, or some might say regressed, from a tent, pick up shell, pop up trailer, refurbished van motor home, to several camping trailers that he enjoyed with his wife, family and especially grandchildren. Other outdoor activities he enjoyed with family and friends included fishing, water skiing, golf and following the Longview Lobos. When Herva wasn’t working or playing he was gardening and doing home projects. He grew a large garden, did home repairs and remodeling. There was really nothing that he wouldn’t attempt and usually complete with excellence. In his later years he downsized to raised bed gardening but managed to grow enough tomatoes and peppers to supply his family and many friends and neighbors. He fried fish and was known especially for his barbeque ribs. His family will share many memories of meals and fun times together including camping, working, and playing games, but more importantly they will cherish the love he had for his wife, sons, daughter-in-laws, grandchildren and great grandchildren. Most importantly, Herva, accepted Jesus as his personal Lord and Savior when he was 13 years old. It has been a blessing for the family to witness his struggles and growth as a Christ follower throughout his life. Herva was preceded in death by his parents, Avner and Winnie Zackary, his in-laws, Jeddie and Alta Osborn, his brothers, Donald and Daniel Zackary, and many loved brother and sister in-laws, nieces, nephews, and cousins. Left to cherish his memory are his wife of 60 years, Shirley Zackary, son Gregg Zackary and wife Tina, son Johnny Zackary and wife Jerilyn. Grandchildren: Chelsey Ford and husband Aaron, Lauren Glenn and husband Donny, Kayla Zackary, Bryce Zackary, Jennifer Huffman and husband Dillon, and Jeaná Zackary. Great grandchildren, Hudson Huffman and Kinsley Huffman. Brother-in-law, Roy Osborn and sister-in-laws Doris Phillips, Betty Osborn and Linda Zackary. A host of cousins, nieces, nephews and many dear friends. Visitation will be held for family and friends, Tuesday, February 1, 6:00 – 8:00 p.m. at Rader Funeral home in Longview. A celebration of life service will be held, Wednesday, February 2, 2:00 pm, in the Worship Center at Mobberly Baptist Church, 625 E. Loop 281, Longview, Texas. The family would like to express their gratitude for the many health professionals who treated Herva through numerous health battles. Special thanks to doctors, N.B. Riddle, Matt Holcomb, Larry Frase, Stephen J. Curley, Kenneth Ausloos, Rodney Slone, Mark Wallis, Jonathan Griefencamp, and Jorge Massare. In lieu of flowers, memorials may be given to “Twice Blessed House” through the Baylor Foundation-Dallas: (https://dallasfoundation.bswhealth.com/ways-to-give/donate)

Avner Herva Zackary, Jr. was born August 30, 1942 to Winnie Stone Zackary and Avner Herva Zackary, Sr. in Linden, Texas. When he was a child, His parents moved to Bossier City, Louisiana where he graduated from Bossier High and met the love... View Obituary & Service Information

The family of Avner Herva Zackary, Jr. created this Life Tributes page to make it easy to share your memories.

Send flowers to the Zackary, family.